Worthing is definitely becoming one of my favourite local beer destinations.  Recently two more pubs have opened that are well worth a visit and you can add them to my list of top Worthing pubs that I wrote about earlier this year (see here).  Both pubs have risen from the ashes of pubs that have been closed for a while and are housed in lovely historical buildings of great architectural value.  In short, two very welcome additions to the Worthing pub scene.

First up we have The Egremont.  If you head east along the sea front from the Wandering Goose (about to be renamed the Goose Craft House with ten more taps) and then head inland along Warwick Road you will find this imposing pub on the corner with Brighton Road. 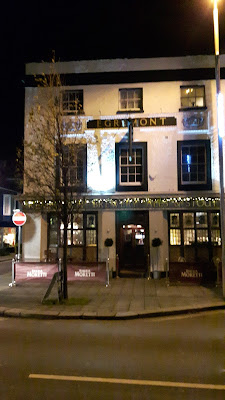 The Egremont reopened earlier this year after a substantial refurbishment.  Not being a local to Worthing it is not a pub I had been in before this makeover but it is a pub with great historical interest and much of the character of the building has been retained.  The pub was built in 1835 when it sat next door to the Tower Brewery.  This became Chapmans Brewery in 1930 and later the Egremont Brewery.  The pub was once a hotel and signage on the outside still shows Dolphin Ales & Kemptown Brewery.  When you visit it is worth strolling outside along both sides of the pub to take in all the historic signage that has been retained.  Inside it is modern with shiny wooden flooring throughout, a mix of low and high traditional tables and a selection of stools, chairs and bench seating on which to park yourself. 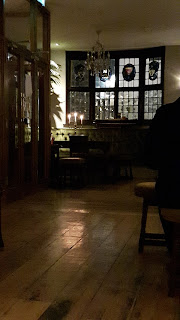 They have only been open a few months but they have already made themselves popular with the local real ale drinker.  I was quite fortunate in that my visit followed on from a weekend beer festival and all beers that were left over on the stillage were priced at £2 per pint.  I therefore enjoyed a Little Valley Hebden's Wheat (4.8% ABV) rather than going for their single guest ale, Harveys Old, that I was very tempted by.  Harveys Sussex is regularly available alongside Dark Star American Pale, Hop Back Summer Lightning and two house beers (brewed by local micro Goldmark).


Turning left out of the Egremont you head towards the centre of town.  Before reaching the bright lights and turning right you are on the main road out of town northwards.  Passing Waitrose on the right you come to the Corner House shortly afterwards on the same side of the road.  This pub has only been open a few weeks and it is the sister pub to the Beach House, a cafe/bar on Worthing seafront a few doors down from the Wandering Goose (Goose Craft House).  The Corner House is a lovely building dating from 1895 having been built over an existing structure that was built nearly a century earlier.  Previously the pub has been known as the Anchor, Jack Horner and The Stage. 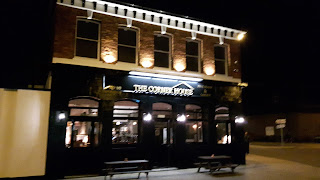 It's a grand looking building and inside it is bright and welcoming with wooden flooring throughout, comfortable seating and a nice warming log burner.  It is a lovely pub for the long winter months whereas the Beach House suits summer drinking although you will find there is a garden here to enjoy when the weather turns warmer.  The central bar offers some local ales (Bedlam, Langham and Arundel beers when I visited) alongside the bland Whitstable Bay Pale from Sheps.  I very much enjoyed a pint of the Bedlam Golden Ale (4.2% ABV) served in a branded glass.  Keg taps were offering Brewdog Punk IPA, Whitstable Stout from Sheps and a lager from Bedlam.  Certainly something for everyone. 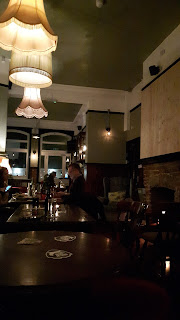 These two pubs are both well worth including on a crawl around Worthing.  I wouldn't remove any of my previous favourites so I guess you'll need to drink a bit more or drink halves to fit them all in.