The latest brewery in my jaunt around the beers of Yorkshire also happens to be a vineyard.  The vineyard came first and they added the brewery in 2011.  The 5bbl plant of Yorkshire Heart is based at Carlton Farm which is just a short hop from the vineyard in the village of Nun Monkton between Harrogate and York.  It doesn't stop there though, as last year they planted a cider orchard so cider will also be produced eventually.  It is all family run with son Tim doing the brewing side of things so it is time to sample some of his work.

This beer can really be described in one word.  Chocolate.  It is a decent strength for a mild and it is quite robust and both the aroma and taste are one of chocolate.  Very yummy.  A bit like a chocolate stout but without any bitterness.  A delightful smooth, malty mild indeed and I loved it.  My wife had pretty much the same thoughts too so this is a hit and collects a score of 8/10. 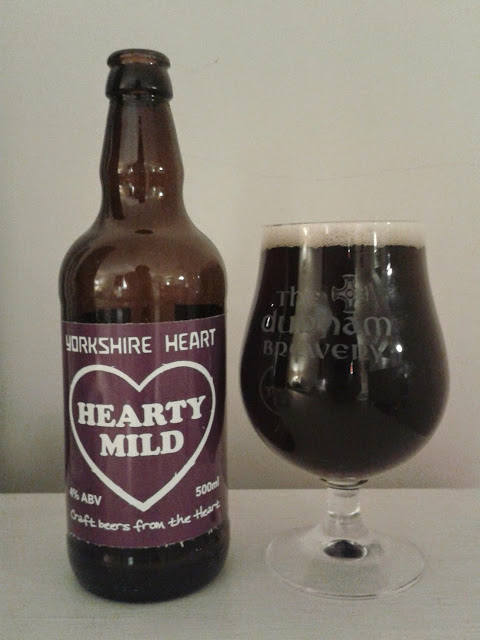 This beer was particularly lively during the pour with a big frothy head quickly appearing.  The aroma was quite powerful and floral as well as a little yeasty which doesn't bode well for me.  My wife instantly hated this one and I wasn't sure about it.  The mouthfeel was quite light and sparkly which was pleasant enough.  It was pale and clear and looked inviting.  For a low strength beer there was plenty of flavour.  Initially though there was an off-putting flavour I couldn't quite work out and the best description I could come up with was metallic.  The floral hops came through though and began to dominate and the finish was scented and refreshing.  I actually ended up liking this one and a score of 7/10 gets awarded. 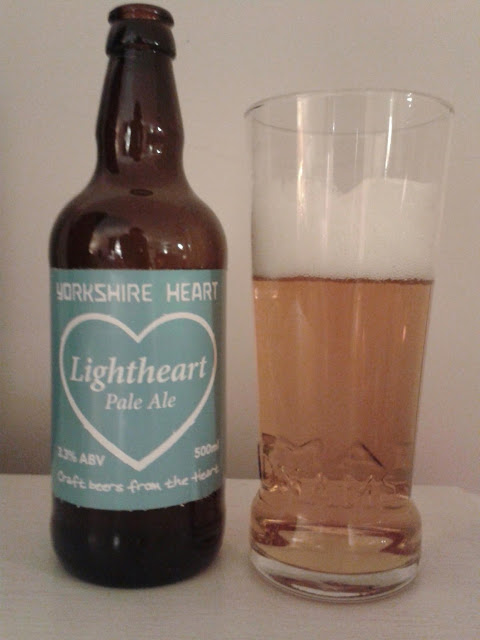 For my final beer I chose the Silverheart IPA.  I like my IPAs to be well over 5.0% ABV although I have had some decent ones below that strength.  It poured a little flat compared to the previous beer and it was a light golden colour.  The aroma was distinctly fruity but for me this turned out to be just an average balanced golden bitter which was disappointing.  My wife preferred it to the Lightheart but I found it to be a bit bland.  The sweetness was dominating which I do not expect with an IPA and there was only hints of bitterness in the finish.  Certainly drinkable and no unpleasant flavours but nothing more than a 6/10 with this one. 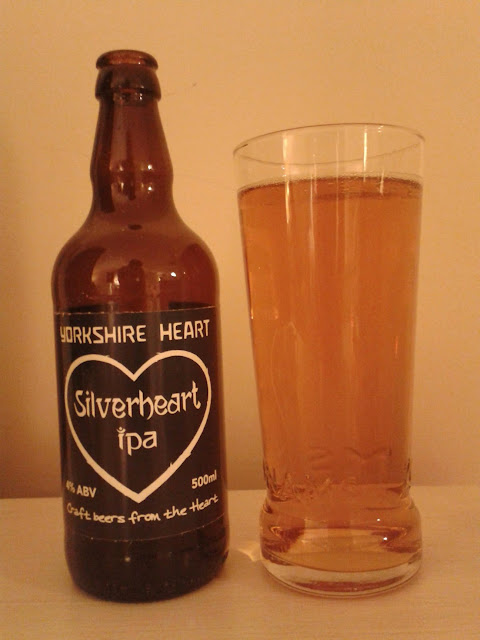 When it comes to the branding I was not actually overly keen on the labelling.  It all looks a bit basic and amateurish to me but my wife liked the look of it.  Who am I to argue with the marketing expert then?  Where they do score highly with me is with the website.  All the information is easily available with clear navigation and enough detail to satisfy the curious mind.  It's a shame though that the impressive logo here cannot be transferred onto the beer labels rather than just employing the heart outline with the beer name inside it.  I like what they are doing though and the fact that it is family run.  The beers are traditional and perhaps that does come across with the labels I'm not keen on.  I will award a score of 7/10 for this category which puts them on 28/40 overall.


**  Where point scores are equal league position is determined by beer scores.

Next time I will be reviewing the beers of Baytown.