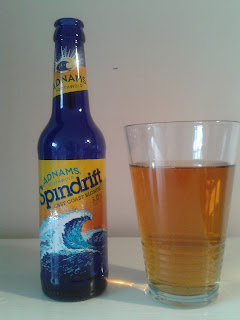 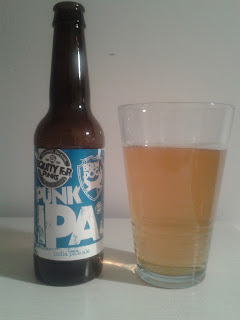 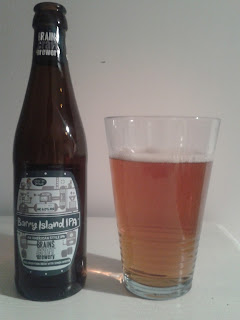 Youngs (not so) Special

In the 1980s and early 1990s when I was living in London Youngs beers were very special.  I completed the Youngs ale trail so I knew how excellent most of their pubs were.  Very few of them existed outside of London (I think the furthest I had to travel was Plumpton near Brighton).  The brewery in Wandsworth was a traditional brewery steeped in history and local deliveries were made by their own team of shire horses. Youngs Special was a delightfully dry premium bitter and every Winter I looked forward to the launch of their fantastic Winter Warmer.

After I moved out of London I continued to drink Youngs whenever I could but I can't say I drank them with any great regularity on cask.  Their bottled beers London Special and Double Chocolate Stout were however, two beers that I always enjoyed when I found them available in supermarkets and off licences.  It is a few years since I have tried these though.

In 2006 Youngs closed down their brewery in Wandsworth and formed a merged brewing operation with Charles Wells, the Bedfordshire brewer, to form the Wells and Youngs Brewing Company.  I have always found beers from Charles Wells to be quite bland and I had my concerns about the future of Youngs beers. Youngs pubs have expanded outside of the capital, no doubt due to the money raised by flogging off the brewery site, and there are now two Youngs pubs near to where I live on the West Sussex coast.

The Waverley in West Bognor has a superb location overlooking the beach but it is a quite dreadful pub.  I have eaten there on a couple of occasions and been disappointed both times, the beer has always been average at best and the clientele consists of downmarket Bognor mixed with downmarket holidaymakers which is not a pretty sight.

The second Youngs pub nearby is the Crown and Anchor at Dell Quay.  This pub also has an amazing location overlooking one of the channels to Chichester harbour.  I have been to this pub on two occasions in the past couple of months.  The food menu I have not tried recently but in the past it has always been top quality and I have heard nothing to suggest otherwise with fish being a particular specialty.  The central bar serves both drinking areas.  The room to the left is quite dark with the traditional nautical theme you would expect from a pub located as it is.  The room to the right has a bow window with a fabulous panoramic view of the water and to the right there is a separate dining area that is also bright with harbour views. 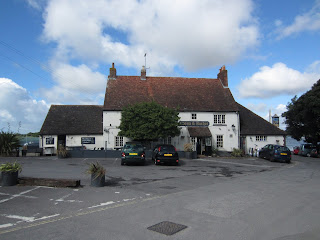 What about the beer I hear you ask.  Last month I went for the Waggle Dance (4.0% ABV), a beer brewed with a touch of honey.  It was a pleasant enough pint but not one to enthuse over.  It is a golden balanced bitter with very little character.  It has never been a particular favourite of mine though.

This weekend we sat in the garden that overlooks the harbour and took in the fabulous views.  I chose the London Gold (4.0% ABV) and this was incredibly bland.  It reminded me of all the bland golden beers that were so popular in the 1990s when brewers were trying to entice Summer drinkers of bland tasteless lagers to switch over to beer by offering them bland tasteless beers that looked like lagers.  I remember one particularly grim GBBF when I had more of these awful golden / summer ales than I care to remember.  So yes this was another disappointing beer and I awarded it a mark of 5/10.  Yes it was served at a perfect cool temperature, yes it was served in perfect condition and yes it had little flavour too.  I must add that on both of these visits I was hoping to have a pint of Youngs Special but on both occasions it was off.  It would be nice to be able to judge my premium Youngs beer to see what it now offers.  As for the Youngs Bitter and Wells Bombardier (both of which were available) I have found both of these beers to be disappointing on the occasions I have had them in the past twelve months. 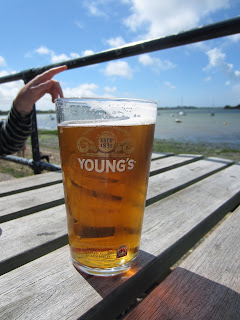 My liking for Youngs beers have taken a big hit in recent years and my visits to the superb Crown and Anchor have done nothing to restore my confidence.  With so many exciting new breweries producing great beers within our capital city it is disappointing to see the once great London brewer going down the path of mediocrity.  I would visit the Crown and Anchor often if it wasn't for the beer.  However, I will endeavour to go there again at some point to take in the fabulous views and hope for some Youngs Special.  Perhaps this beer will still be a little bit special.