My second port of call on the way up to Nottingham last Friday was my home town of Loughborough.  Loughborough has always had a decent cluster of pubs but it has always lacked a brewery so I am delighted to say they now have one.  Charnwood Brewery opened for business last December and they are in a very attractive purpose-built building by the looks of things and it is a stones throw from the blue plaque on Bottleacre Lane that marks my place of birth (just kidding about the blue plaque of course!). 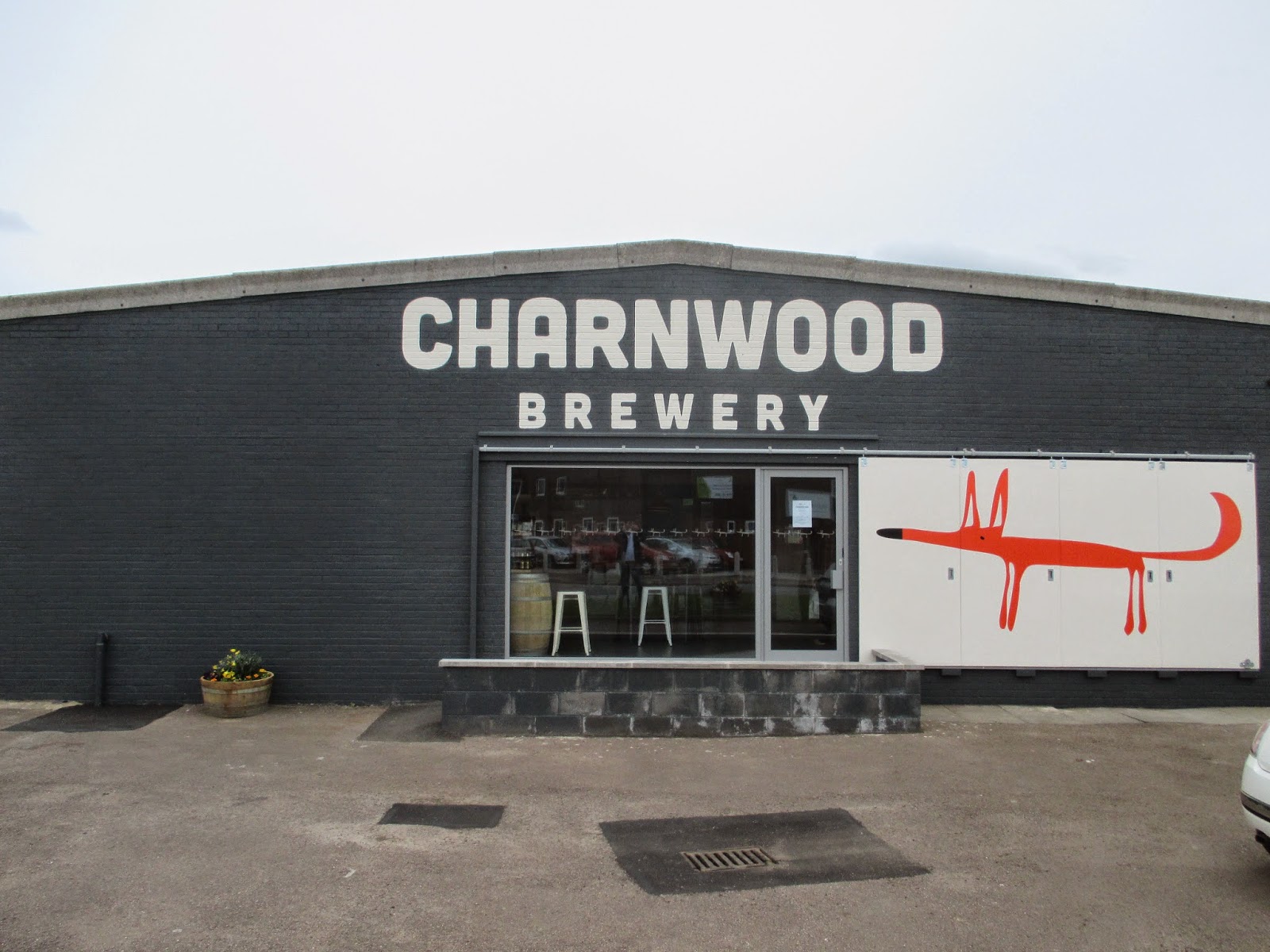 The brewery is a real family concern.  Husband and dad, Andrew, seems to be running the sales and marketing side and after 14 years at Batemans he seems to be more than qualified.  The brewing has been delegated to wife, Andrea.  With no prior brewing experience she went over to Sara Barton at Brewsters to gain her knowledge and learn her new craft.  Son George is also pitching in and I'm sure it was probably him driving the company van that I saw along Epinal Way heading back to the brewery after making some deliveries.

Andrew is making the most of his extensive contacts in the industry and the beer is currently being sent up to their friends at Mordue for bottling.  I picked up a very nice box of their beers along with a glass.  I will sit down with these one evening soon and review them of course.  When I got home my wife was immediately impressed with the foxy logo and beer names.  They only have three fermenters currently so their three brews per week are flying out of the door.  Distributor Small Beer has been taking them as far south as my friend's micropub in Worthing, the Brooksteed Alehouse, and he was very pleased with the Old School (5.0% ABV) that he sold. 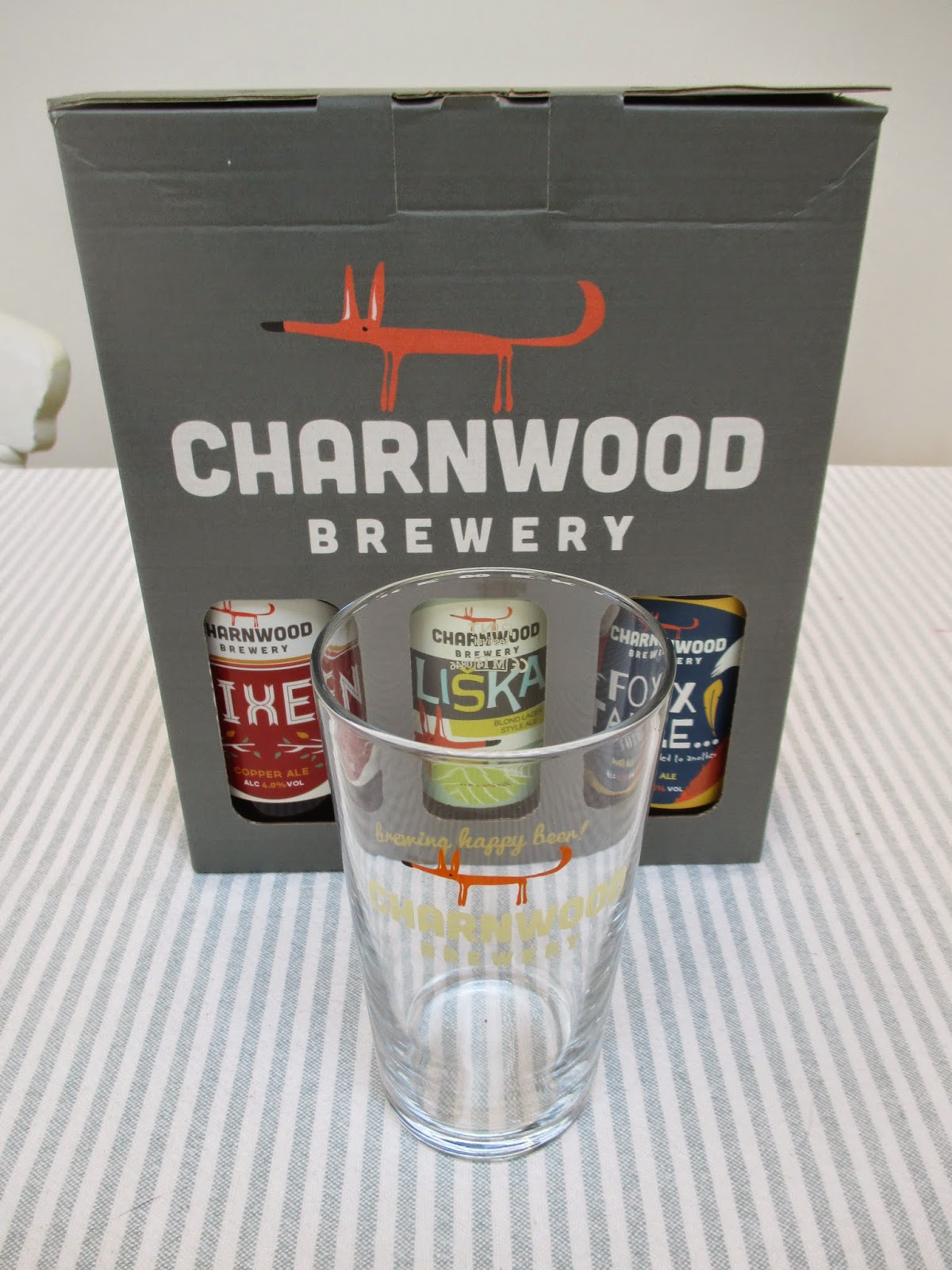 Charnwood Brewery are only a few months old.  They have a great set-up with their modern brewery and on-site shop,  The shop sells their own beers of course with glasses, t-shirts, etc along with a nice range of Belgian bottled beers too but there is also an area to sit and sample one of their beers that can be pulled from the cask for you.  They have obviously put a lot of thought into what it is they want to be and the look they are after.  I was very impressed with what they are doing and they already have an excellent website.  It was not difficult to find their beers for sale later that evening in what are some of the best ale pubs in town.  I rounded off my evening with a pint of their Salvation (3.8% ABV), a lovely crisp, refreshing, modern session ale flavoured with a blend of the American hops Amarillo and Cascade.  I will look out for their beers whenever I head back to my home town as well as hopefully seeing them further afield at beer festivals and all the best micropubs and good beer pubs around.  Looking at their list of upcoming beers I will certainly like to find their APA (June) and IPA (September).