It has been another week of dark delights for me with a good selection of bottled stouts and porters mixed in with a couple of excellent dark beers down the pub.  The week began with a CAMRA meeting at my local, The Maypole, where there was only a single dark beer available.  Darkside (5.0% ABV) from Bartrams Brewery is one I have never come across and the ratings on Untappd were suprisingly low but I loved it.  Brewed near Bury St Edmunds it is considerably better than anything else that comes from what is predominantly GK territory.  This is actually a dark wheat beer which surprised me too as it was beautifully smooth with lots of chocolate and raisin flavours throughout.  All of the meeting attendees without exception enjoyed this beer too so it was unanimously a hit.

Thursday was my birthday and a trip to my favourite pub, The Brooksteed Alehouse in Worthing, gave me some delightfully hoppy IPAs so nothing dark there to enjoy.  On Friday however I had to go in to Bognor Regis where I popped into the local 'Spoons as I was sure they would have one or two darks to enjoy.  I wasn't wrong and I tried a Turners Porter (4.9% ABV).  Turners is a micro from the eastern half of Sussex and I particularly love their Ruby Mild.  This was my first taste of their porter.  The aroma was quite fruity but the taste was smoky, dry and bitter.  The dry bitterness took some getting used to but a little dark fruit came through in the finish towards the end to balance it out a little.

Porters were the mainstay of my drinking at home this past week.  The first two were both from London.  The Street Porter (6.5% ABV), which for simplicity I will call Janet, from Hackney based Pressure Drop Brewing Company was a rich smoky affair with a good balance between sweet chocolate and bitter roasted coffee notes with a handful of rich dark fruit thrown in for good measure too.  The finish was smooth and bittersweet and this was definitely my favourite of the three described here. 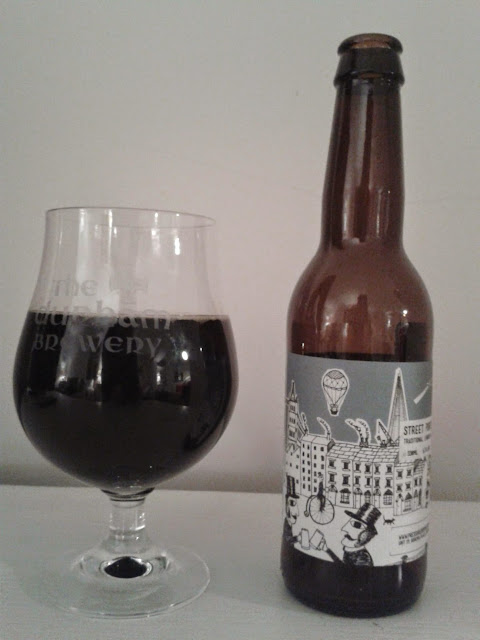 Redemption Fellowship (5.1% ABV) is a little different to the rich Janet above.  Redemption is a brewery I visited last year (read the review here) and they brew some fabulous beers especially the ones which require heaps of hops.  This particular beer I found a little on the thin side and didn't have much life to it either but the flavours were spot on.  Initially there were strong sweet chocolate notes and liquorice and raisin joined in along the way.  In the finish there was a little bitterness to complete the picture.  My wife thought it was very nice but understood what I said about the condition.  It is only 5.1% ABV of course compared to the stronger Janet so perhaps I was expecting too much. 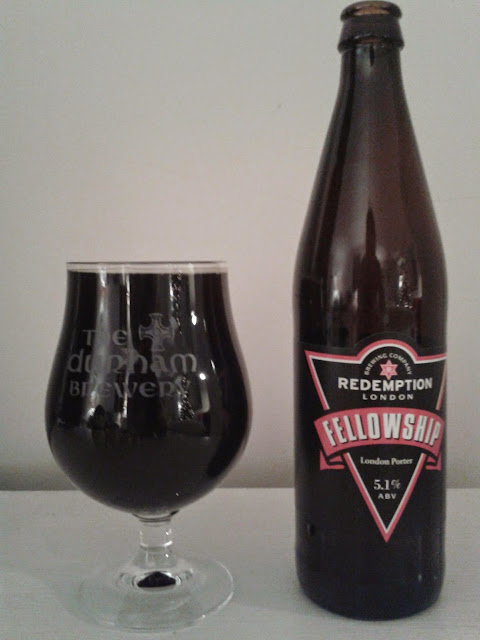 For my final porter I headed to Yorkshire and the home of Compo, Foggy and Clegg.  Summer Wine Teleporter (5.0% ABV) is brewed with ten different malts no less and this one is more smoky and bitter than the others.  There are touches of coffee, vanilla and burnt toffee in this one and it has more body than the Fellowship.  Another hit with the wife this one too (as they have all been to be honest). To complete my week we have a couple of stouts.  Firstly I head up to Cumbria where Hardknott always come up with some interesting beers which rarely disappoint.  Dark Energy (4.9% ABV) is a lovely looking stout and the name comes from the term used by physicists to explain away bits of the universe they don't really understand because there doesn't seem to be enough energy in our great cosmos.  It's many years since I studied astrophysics and quite frankly I never understood it much anyway but this beer is also quite complex.  I found it a little sour initially with strong fruity notes, particularly blackcurrant, and there was a spicy edge too in the finish.  My wife hated it and I found it a bit of a challenge but it improved throughout with the sourness being balanced out by some burnt caramel and coffee notes. 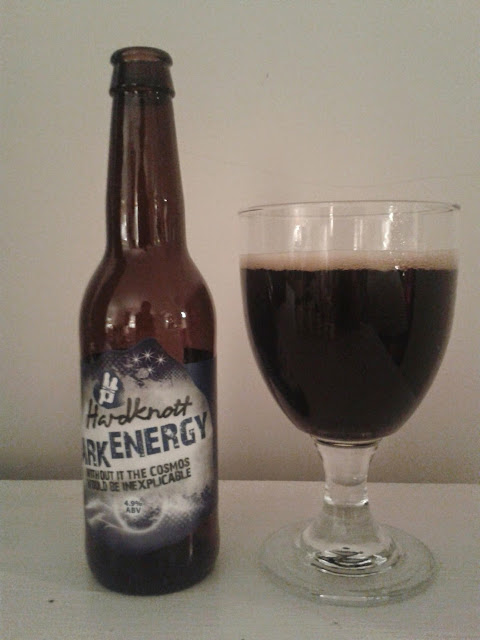 The final beer was one I had to fight for because my wife wanted all of it.  Welsh brewer Tiny Rebel is one I always look out for and Dirty Stop Out (5.0% ABV) is described as a smoked oat stout.  I may have to buy more of this for my wife because it was a huge favourite with her.  The aroma was quite smoky but the beer itself was rich and full bodied with plenty of dark fruit flavours and there was even some aromatic notes in the finish.  More coffee than chocolate in the main and the overall beer was simply lush.  Definitely the best beer of the week methinks.  I still hate getting beers like this in 330ml bottles though.  It's NOT enough!! 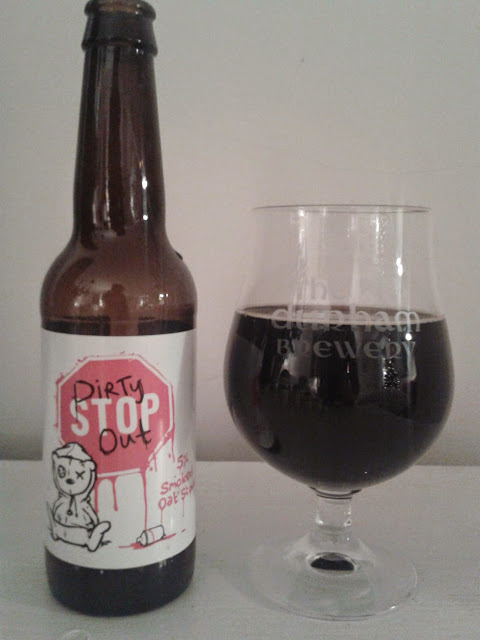 This week I have a trip to Dorchester so I hope to find some dark beers down there that I haven't tried before.  There will also be more bottled beers to report on too of course.  It's certainly been a wonderfully dark month so far!