This is my final Yorkshire Ales review from my last purchase.  The cupboard is bare.  The series will be continued after I place my next order which probably won't be until later in the year.  This latest review is a bit confusing as to who actually brewed these beers.  The Baytown website doesn't seem to shed any light on it, stating that they are 'locally produced'.  Looking back at the Yorkshire Ales site it is stated here that the beers are brewed in Cropton, near Pickering.  However, the beers of Cropton are now brewed by Great Yorkshire but their website says very little about their brewery. The latest Good Beer Guide says Great Yorkshire took over the brewing operation of Cropton in 2012.  Great Yorkshire's website lists the beers they brew under the Cropton name but they give no mention to the Baytown beers.  So there you have it.  As clear as mud.

OK so what about Baytown then.  It may not have a brewery and it is also a made up place name too it seems.  It is the locals name for Robin Hood's Bay on the east coast south of Whitby.  It is all eloquently explained on the website though.  It is a part of Yorkshire I am yet to get to but the coastline looks stunning and inland there are the North York Moors.  Being coastal with dramatic scenery there are obviously stories of smuggling and Baytown attempts to celebrate this through the beers so let's get started.

On this beer label it says 'Enjoy the free spirit' and tells how the landed gentry in the area also tried to avoid central government control along with the smugglers.  Death and taxes can't be avoided though but this porter may make everything more tolerable.  It is actually a superb porter and exactly the kind I enjoy.  There are big aromas of dark fruit and treacle with big flavours too.  Hints of chocolate, liquorice and aniseed pop up to add some bitterness which balances well with the sweetness of the fruits leading to a smooth bittersweet finish.  This was a hit with the wife too so an impressive start with a 9/10. 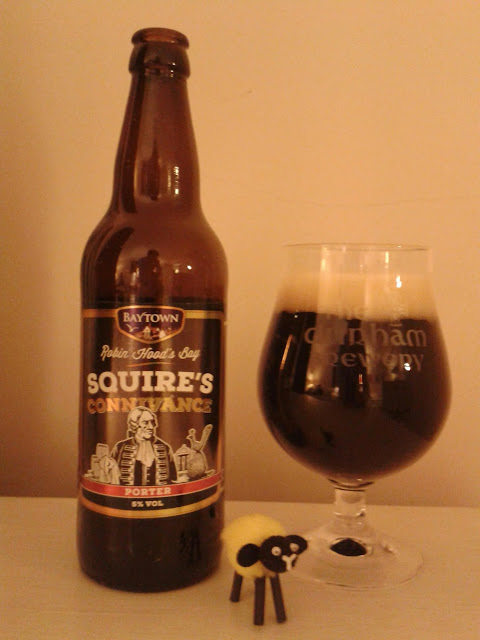 This looks and smells like your typical 'boring brown beer'.  Butterscotch and caramel are quite prominent giving a sweet malt character which my wife strongly objected to.  However, there is some spicy hop character in the finish which gives some bitterness and overall it is not a bad standard bitter but there is nothing remarkable about it either.  It therefore picks up a score of 6/10 from me. 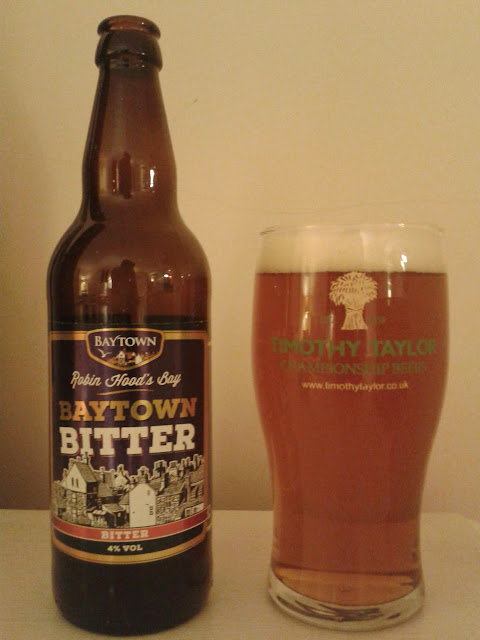 For the final beer we up the strength and darken the colour.  My wife took one smell of this one and said 'twiglets'.  She wasn't impressed with the taste either.  This is not my kind of beer at all to be honest.  It is certainly malty which I normally enjoy in strong dark ales but there are strong earthy notes which clash badly with the sweetness of the malt character.  There are hints of tobacco too with small hints of smoke and chocolate.  It was the earthiness of it all I didn't enjoy though and the best I can give this beer is a score of 5/10. 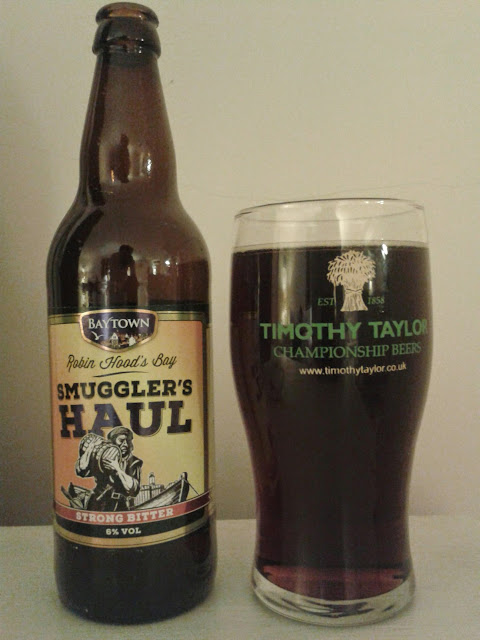 A bit of a mixed bag for these beers then so how do I rate the marketing.  Well this is what they seem to do very well with their strong theme of smuggling along with a celebration of Robin Hood's Bay and the surrounding environs.  I love the beer labelling and the logo.  The website is pretty good even though it avoids mentioning where the beers are produced.  Perhaps one day we will see a brewery appear in the town which would be excellent.  Overall I will mark them a 7/10 in this category but with a bit more clarity on the origin of the beer it may have been higher.


**  Where point scores are equal league position is determined by beer scores.