I think this is only my third book review but this one is well worth telling you all about.  Jessica Boak and Ray Bailey are seasoned beer bloggers via Boak & Bailey's Beer Blog which is always informative and interesting so I was expecting this, their  first book, to be pretty much the same.  It attempts to tell the story behind the recent resurgence in British Beer which sees the number of breweries to now stand at well over the thousand mark. 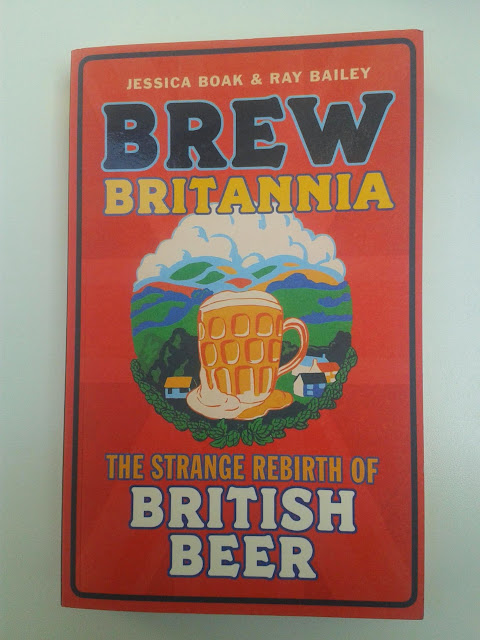 The book begins by taking us back to the 1960s.  Dark days indeed for the British beer industry.  The story behind the emergence of the Society for the Preservation of Beers from the Wood (SPBW) followed by the CAMpaign for Real Ale (CAMRA) has, I'm sure, been documented elsewhere but this is the first time I have read the story in this kind of detail.  My CAMRA days began thirty years ago but it is fascinating reading how it all began and how the SPBW actually came along first.  I remember the days when this strange organisation touted for members at the GBBF and it is reassuring to know they are still around today.  The story is written here in a very engaging fashion and, of course, you cannot document the rise of such organisations without saying why the beer industry was in a such a state and this is also explained eloquently.


The book takes us through the 80s and 90s and from hereon in it is like reading a narrative of everything I remember about drinking our national drink and how it has changed throughout the years.  There is the constant of CAMRA throughout all this of course and it is interesting to read how this has fluctuated throughout the years.  It is only recently I have become an active member so it is interesting to read how at times they struggled for members.  Then there was the rise of the Firkin chain in London as well as Werherspoons, both of which I remember vividly as I was living in SE London at the time.  Key characters throughout these years are interviewed and discussed and the narrative never gets tedious or repetitive.


The formation of the Small Independent Brewers Association (SIBA) in 1980 emerges midway through the book and this society, now known as the Society of Independent Brewers, plays a large role in what has happened in more recent years.  This is all explained in perfect detail of course and how everything led up to the 1989 Beer Orders and Progressive Beer Duty (2002).  The latter had an immediate effect on the brewing industry as I well remember with over a hundred breweries opening up between 2003 and 2005.  That may not seem too many nowadays as it seems we are seeing that many open up each year now but it was a massive leap at the time and the story then proceeds to explain how many of these new brewers spawned what we see today.  The family trees in the appendices at the back make for fascinating study. 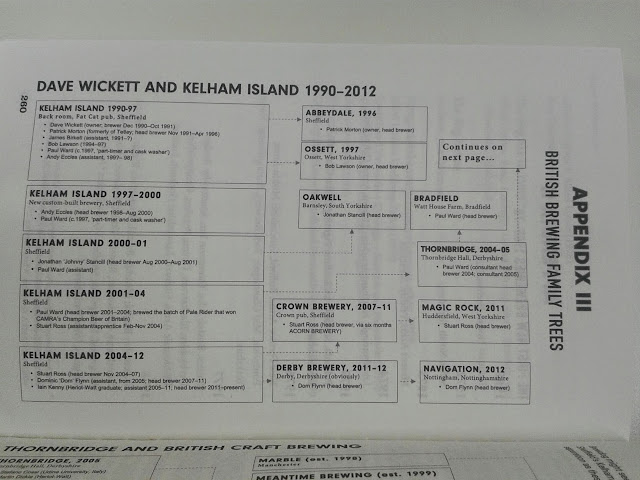 The book builds towards the rise of 'craft' beer or modern 'keg' beer or whatever you want to call it and also touches on the relevance of CAMRA today.  For me, the rise of 'craft' is a welcome addition to the beer scene but I do not see that it will ever replace the importance of cask ale.  It is interesting that the book details the rise of the 'craft' bars ,which are obviously aimed at a younger clientele, without a single mention for the rise of the micropub.  The latter is doing much more for our national drink nationwide as outside the large cities 'craft' beer is still largely absent.  In fact, what we are beginning to see is some new micropubs showcasing both cask and 'craft' keg alongside each other which is great to see.


To summarise, Brew Britannia is a book that everyone who loves our national drink will enjoy reading I think.  I definitely did and it certainly helps put many things into focus about how the important organisations formed and evolved to protect and develop what will hopefully always be our favourite tipple.  Boak & Bailey have obviously put many hours into researching this book and there are pages of notes and cross references to hundreds of publications and articles at the back of this book for those who want to dig deeper.  They should be congratulated on the outcome.