Well I have recovered from my beery trip to the CAMRA AGM in Nottingham and the first port of call on my journey up there was to Cotteridge Wines in Birmingham.  It is over two years since I discovered this beer paradise that is nestled in the suburbs of Birmingham.  You can read what I said about them then here.  I no longer work near Birmingham but I have popped in to replenish my stock of beer whenever I have been in the area and each visit has seen an ever expanding beer choice.  On each visit Kal and Jaz, the two brothers who run this incredible shop, eagerly tell me about what they now have in stock and I can now confirm it is so much better than it ever was (and I never thought that was possible).  They are two of the friendliest guys you could ever wish to meet and that is part of the key to their success of course.  It is always a pleasure to visit and chat with them as well as buying their beer of course. 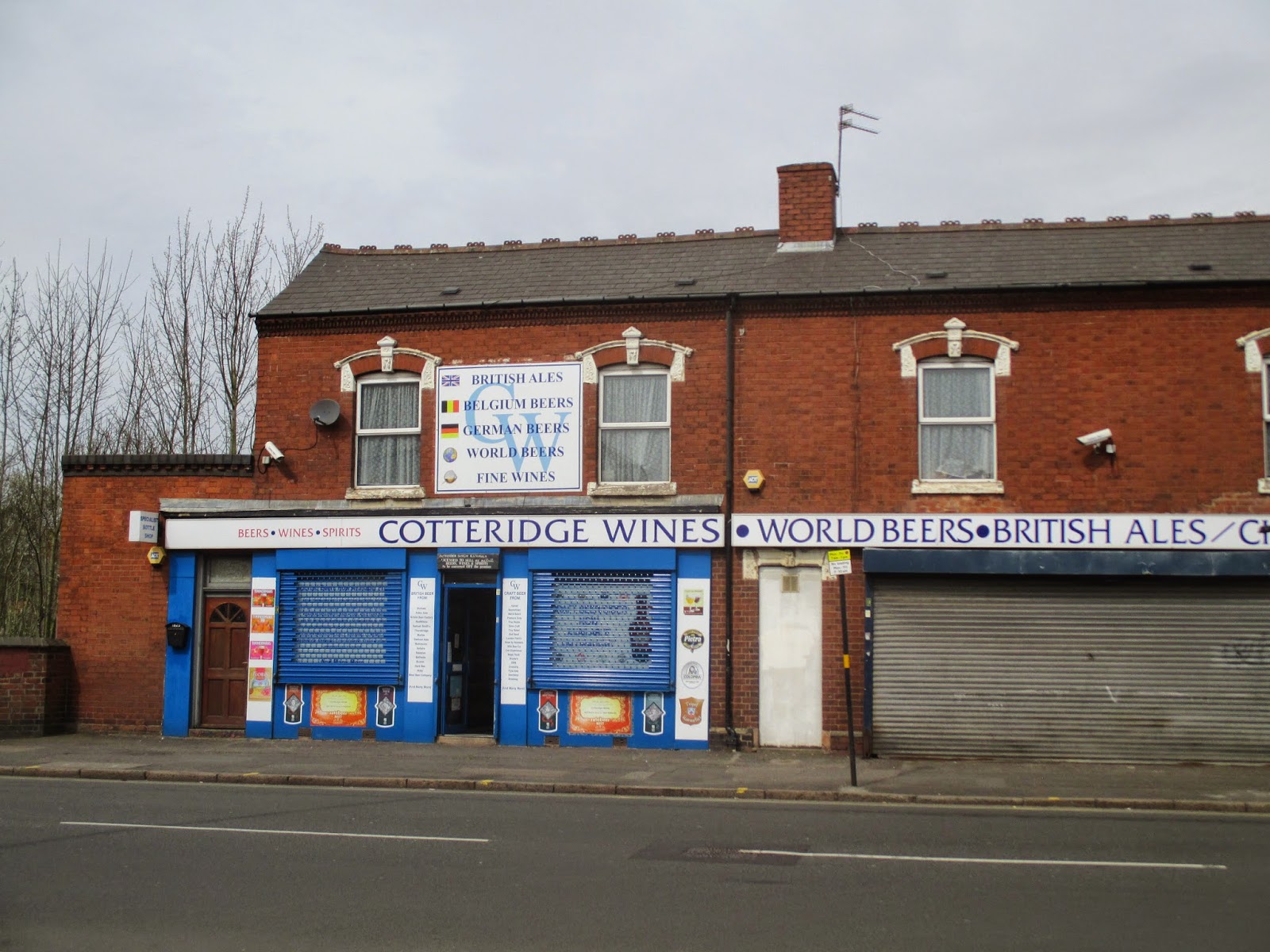 On the outside it looks unassuming.  In fact, a few years back it was probably just your average local offie until they decided to begin stocking craft beers and to build for themselves a national reputation as a go-to place for beer.  It was early days in their life as a craft beer specialist when I first visited them.  On subsequent visits the selection has consistently grown and now it seems to have taken over the entire shop.


The aisle above consists of American and worldwide beers to the left and the new trendy 'craft' brewers from the UK to the right.  There is another full aisle now containing the more traditional UK and local microbrewers.  A section for cans is also taking shape too.  They must have in excess of well over 1000 different beers available now so you need to allow plenty of time for your visit.


Another recent addition since my last visit is the tasting room along with new member of staff, beer sommelier Roberto Ross.  This was launched towards the end of 2014 and they have well over 10 beers available on tap in various glass sizes ranging from a third to the traditional pint depending on strength.  Quickly glancing down the list I spotted Magic Rock's Un-Human Cannonball (11.0% ABV) at the bargain price of £4 for a third of a pint.  I have never chased to get this once-a-year brew but perhaps I might from now on.  It is amazing.  Yes I can now see why the beery folk clamour for it and whilst I was there someone came in to order a 3.5 pint growler of it.  I hope he has recovered!


Tasting events are beginning to be regularly held now in the small cosy bar for small groups to enjoy samples of the varied and wonderful beers available.  I should have noted down the beers that were lined up when I visited but I was concentrating on the UHC.  However, Weird Beard, Mikkeler, Buxton and Brewdog were all represented.  Roberto loves his beer and has a very easy friendly manner and will talk about beer as long as you wish. 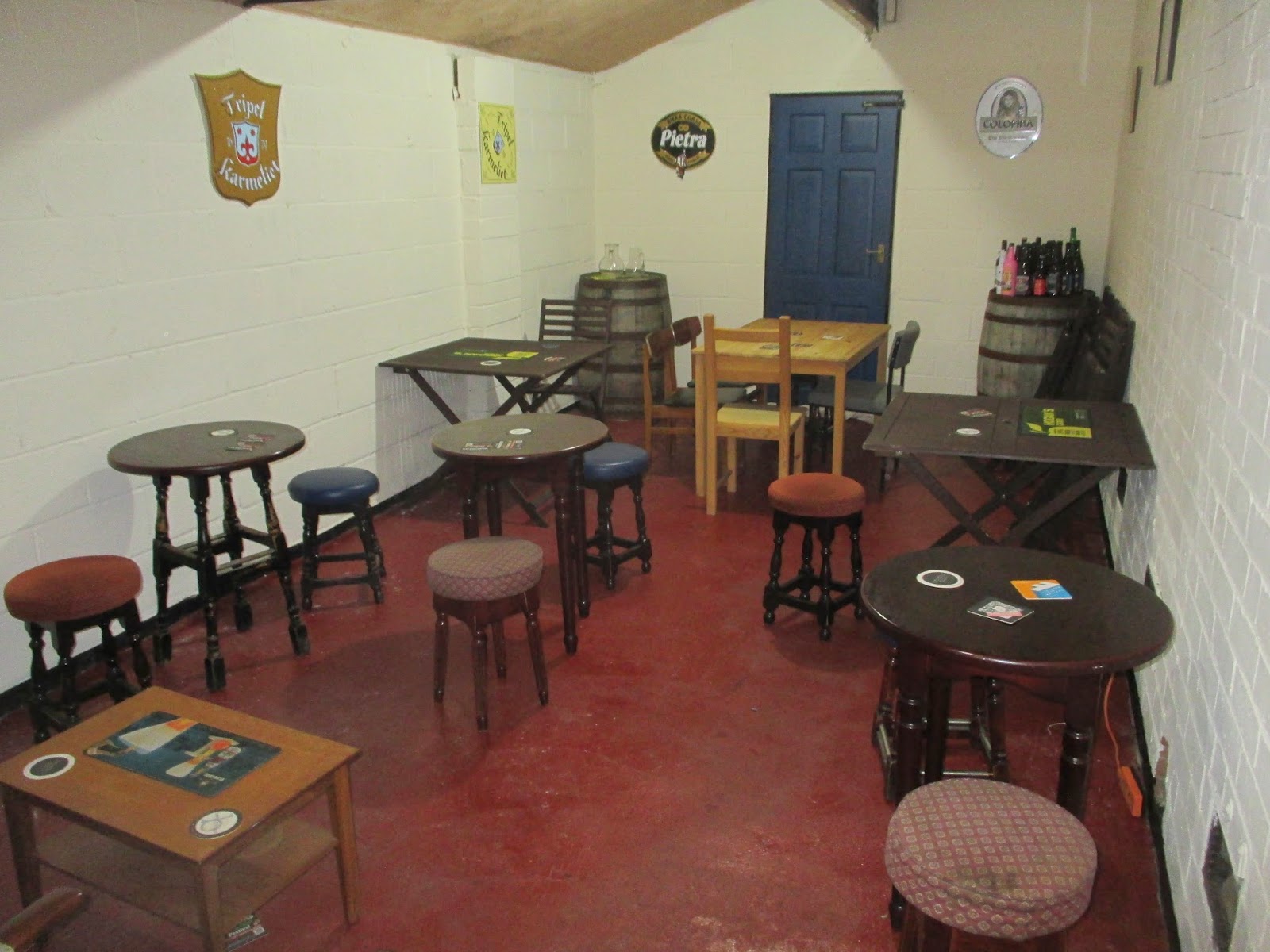 If you do not live locally you have a dilemma of course.  You could catch the train to Kings Norton where you will then be just a short walk away from the shop.  You can then enjoy the tasting room but you will then struggle to take away a large amount of bottles.  As usual I was driving so my third of a pint taster was more than enough and I was able to fill the boot of my car.  The best option of course is to get someone else to drive you there.  I'm sure they can supply a soft drink for them.  Of course, if you are going straight home you can take a carry-out of any of the beers on tap to help you get over your journey.

So I came away with the varied selection of goodies below.  Three of these will fill my Beer O'Clock Show '12 Beers of Xmas' slots this year.  A 10% maple imperial stout (Weird BrodMance), a Weird Beard / Brodies collaboration, a new one from Durham Brewery, a 10% Belgian stout (Finchale) and a 9% beer from Marble, Brew 900.


Birmingham is possibly my favourite beer destination due to the number of excellent pubs in the city centre but any visit must include Cotteridge Wines.  It is only about 10 minutes from the M40/M42 junction so easily accessible to all from the south.  You could even combine your visit with a trip to the nearby Cadbury factory if you are also a chocoholic.  Whatever it takes just go and visit.  You will not be disappointed.