Last year I placed an order with Yorkshire Ales to explore some of the many breweries in our largest county.  The general plan was to take three beers from each brewery which were judged and then a further score was awarded for the general look and feel of the labelling / website / beer naming etc or just the overall marketing whatever you want to call it.  After going through six breweries the leader, with 32 points out of a possible 40, was the excellent Hop Studio from Elvington in the north of the county.  Their review can be read by clicking here.  To see which breweries have been judged so far and catch up on the league table from this first look at Yorkshire beers you can click here.

A new year saw me placing a fresh order for 24 beers with the excellent people at Yorkshire Ales and so this time I have eight more breweries to challenge for the title of Yorkshire's best.  This week I begin this new batch with Brass Castle.  Brass Castle began life in 2011 in a garage but since late 2013 they have been based in the town centre of Malton, North Yorkshire behind The Gate pub where they can now produce up to 130 casks of beer per week.

I first came across Brass Castle last year via both my local micropub, the Brooksteed Alehouse, and a local pub holding a winter beer festival.  Both of these were selling Bad Kitty, a superbly named 5.5% ABV porter with chocolate and vanilla notes.  That wasn't one of the beers I chose from Yorkshire Ales though as the idea behind this is to go for beers I am unfamiliar with so without further ado let's get tasting.

This beer looked very unappetising after pouring.  It looked totally flat with no body whatsoever.  However, looks can be deceptive.  It did have a very smooth and lightly carbonated mouthfeel and there was plenty of flavour too.  The aroma was malty and a little smoky.  The main flavours were caramel and hazelnut.  A nutty toffee with some sweetness and a little coffee in the finish.  My wife gave it a hit too which is enough to give it a score of 8/10 from me. 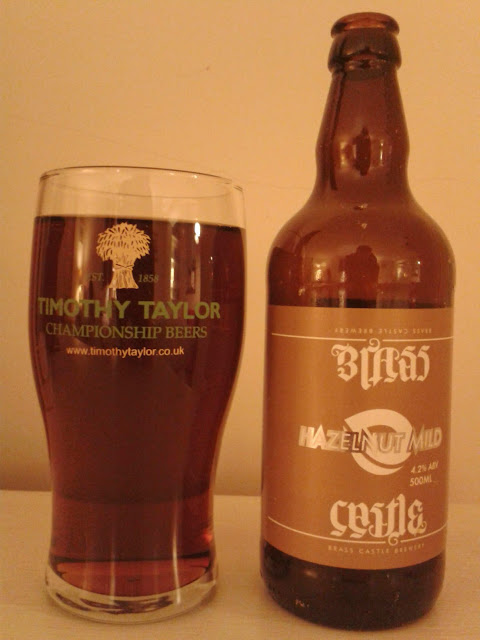 Now this one is actually a collaboration with Tyne Bank Brewery from Newcastle who I have not come across before.  Again there is little body to this particular beer as with the first.  The aroma was mainly caramel.  It is a traditional best bitter but there is a lovely spicy bitterness which really perks it up and it gives it quite a tasty long lasting finish that was really satisfying.  It's not my favourite style of beer but I enjoyed it anyway and my wife veered more on the hit side than a miss so it is well worth a score of 7/10.  Very hearty indeed. 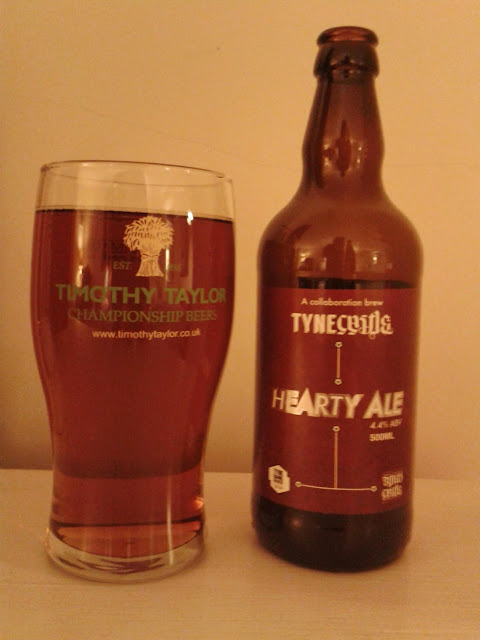 I'm walking on sunshine.  This is fantastic.  The aroma has those citrussy notes that makes me want to just get on with drinking.  There is certainly plenty of body to this beer.  Light carbonation with a rich thick texture that fills the mouth with all those fabulous flavours.  Tropical fruits in abundance here initially and there is a deep grapefruit bitterness in the finish.  It made my wife groan 'not more of those citrus flavours' so it is a miss with her but that just means I don't have to share any of this one which makes me eternally grateful so a strong 9/10. 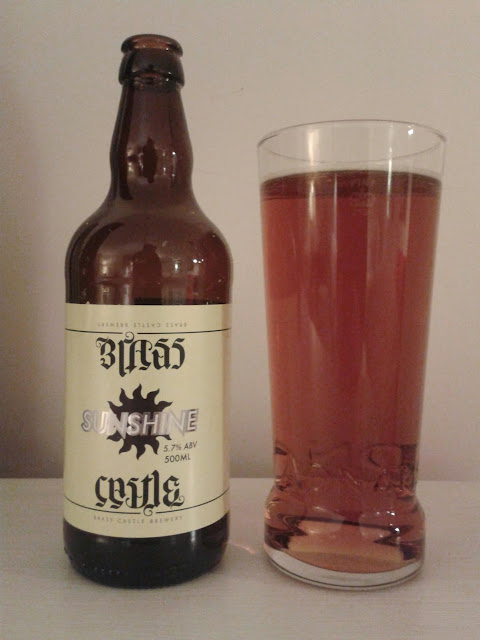 That's the beer taken care of.  Now I must confess that I don't like the labels.  They look cheap, the fonts clash badly and they have no stand out features.  The website is better with enough beer information along with a short history and it is easily navigable.  They are also keen to emphasise that they are vegetarian and vegan friendly if you are that way inclined.  They are on Facebook and they follow me on Twitter so that is enough to give them an extra point too.  Taking everything into account I'll give a score of 6/10 which gives an overall mark of 30 which is just a couple of points behind the leaders from last year.

A good start to my second look at the breweries of Yorkshire and next time I will be sampling the delights or otherwise of Acorn Brewery from the south of the county.