Some excellent beers have been coming out of Lancashire in the past year.  These can be hard to find down here in the South but I always try and keep my eyes peeled and beers can be found in the strangest of places.  The first of these two little gems from Blackburn brewer Thwaites was found in my local farm shop just before Christmas.  Their beer range is fairly ordinary and normally quite local so this one stood out just calling to me.  The second was was found in a convenience store in Leicestershire when I was visiting family when all I went in for was some medicine for my mum.  Lucky finds indeed.

Both of these beers come under the Thwaites 'Crafty Dan' range.  These are produced in a separate 20-barrel micro-brewery and I have read good reviews of all the beers that have been created within this innovative range.  Now I finally have a chance to find out for myself.


This American Pale Ale was produced to commemorate the original 13 states of America.  It does look darker than I expected it to be which is probably due to a bit of caramalt in the mix.  There is also a bit of rye in here too.  The aroma though is a real sweet fruity hoppiness coming from the five American hops (Centennial, Citra, Amarillo, Apollo, Chinook) along with the Kohatu hop from New Zealand.  In the taste there are plenty of fleshy fruit flavours such as mango, apricot and peach and these dominate ahead of the more citrussy flavours to the extent that I would probably have not noticed any Citra hop in there.  My wife thought the finish was short and disappeared a little but to me it comes across as grassy and it has a delightful subtle bitterness.  The more I drank the sweetness took over and it became harder to detect the initial bitterness in the finish and more fruit notes such as pineapple came through.  I absolutely love this beer and it gets a good 9/10 from me. 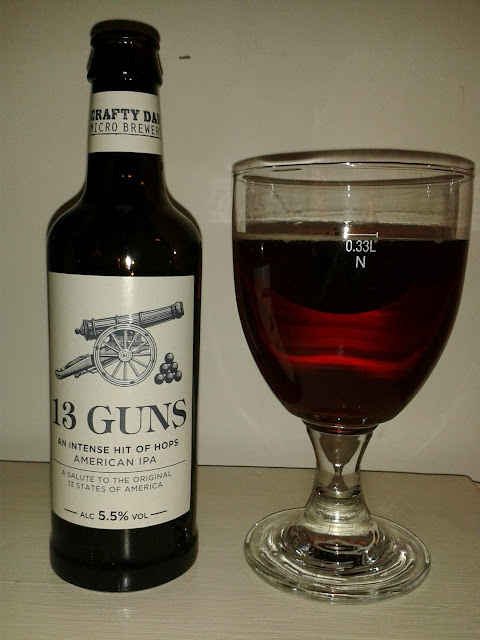 This beer has a lovely chestnut colour to it.  One sniff of this one was enough to intoxicate me.  Wow.  A strong sensation of rich Christmas pudding and sherry.  This one will probably age superbly but I wasn't going to give it a chance.  The taste is equally potent and it does taste even stronger than it is.  This is definitely a beer for sipping slowly.  I found it to be intensely sweet with no real bitterness to it at all.  Both the malts (Maris Otter, Pearl and Crystal) and hops (Fuggles and WGV) in here are British and it is the kind of barley wine that British brewers often do very well with these home-grown varieties.  I enjoyed this beer very much and I would give it a score of 8/10 as it is probably a tad too sweet for my taste. 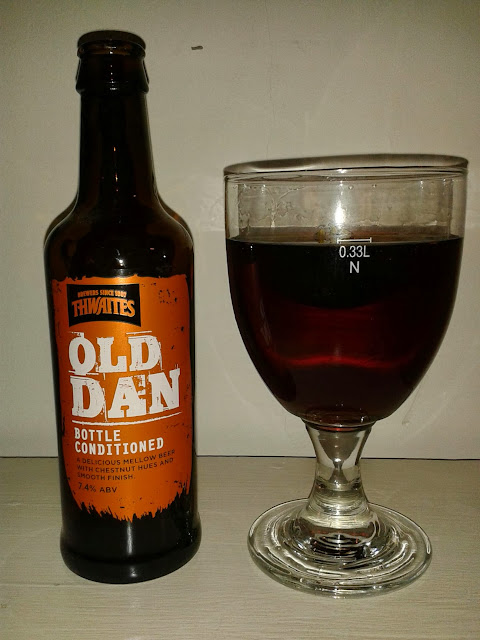 It must be my wife's Blackburn roots because she liked both of these beers too but she would probably have swapped my scores around as the Old Dan was definitely her favourite.  She put this down to being a girl.  Is it true that females prefer sweeter beers?  That's a debate for another day perhaps.  These two beers are certainly worth buying when you find them though.  Two crafty classics.  Cheers.