On Tuesday I had the opportunity to go to Dorking for a couple of hours.  After a short refreshment stop my wife headed for The Quilt Room, which I was disappointed to see was housed in a former pub, whilst I headed in the opposite direction to Cobbett's Real Ales. 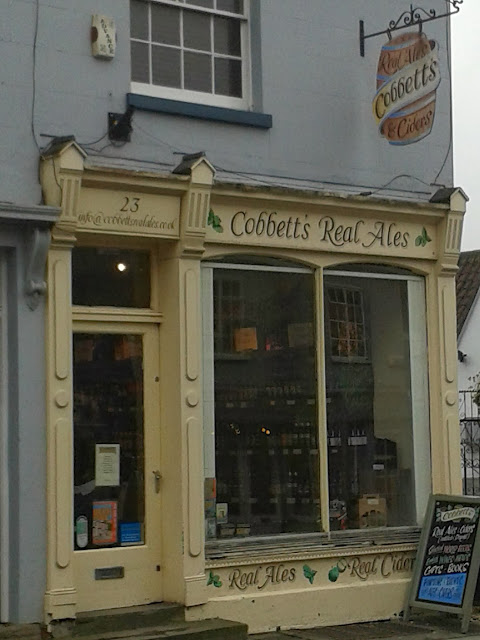 I have always raved about specialist beer shops in the past and it has been quite some time since I have visited one.  Cobbett's have been in Dorking for over three years now and they can be found on West Street, which is the road you enter Dorking on if you are coming along the A25 from the West.  It is only a short walk from the High Street so parking centrally is your best option.  It is run by a very enthusiastic couple and the shop is well laid out with bottles categorised and clearly labelled with handwritten notes for each.

The far wall of the shop is covered with pump clips, nicely arranged with hanging hops, showing many of the beers they have sold on cask during their time here.  There was only one cask available when I visited, the excellent Buxton Moor Top (3.6% ABV).  January is notoriously quiet and the number of casks available for take-out is normally up to four and these sit on racks in front of the service counter.  Next to the casks there are a couple of keykeg taps which were both dispensing a beer from that fine Derbyshire brewer, Thornbridge.  These obviously have a longer shelf-life and there are plenty of fine beers to choose from nowadays to be sold by this method of dispense.  The pump-clips at the back was like a who's who of mighty fine beers so it would be difficult not to find one to your liking when you visit. 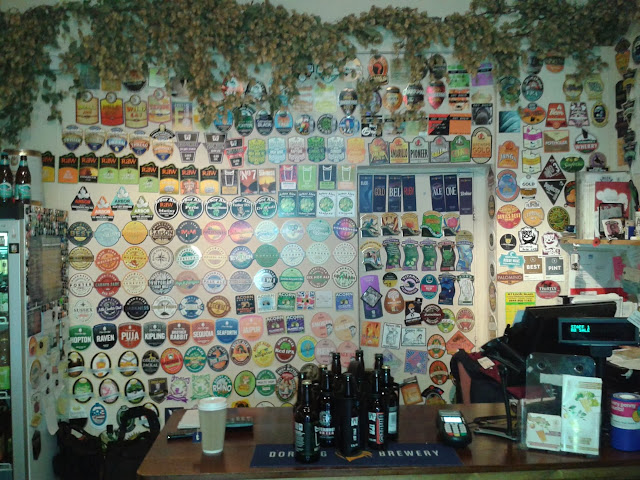 I was not looking for cask beers today.  I wanted to replenish the levels of my bottle stock which was a little low after Christmas.  There were plenty of local brewers represented including the excellent Surrey Hills which included a collaboration beer, Collusion, between this local brewer and Cobbett's.  As with the cask beer, I was told that the current stock levels were lower than usual due to the time of year but I was able to find plenty of beers from brewers I was keen to try such as Summer Wine and Sambrooks.

The beers will all be reviewed in due course but I was delighted to get a selection from Weird Beard as well as a couple from the Bristol Beer Factory.  There was my usual mix of darks and IPAs.  The selection was impressive enough to cope with my usual inclination to buy beers I have never tried before.  This selection is all new to me with the exception of the BBF Milk Stout which I have enjoyed in cask. 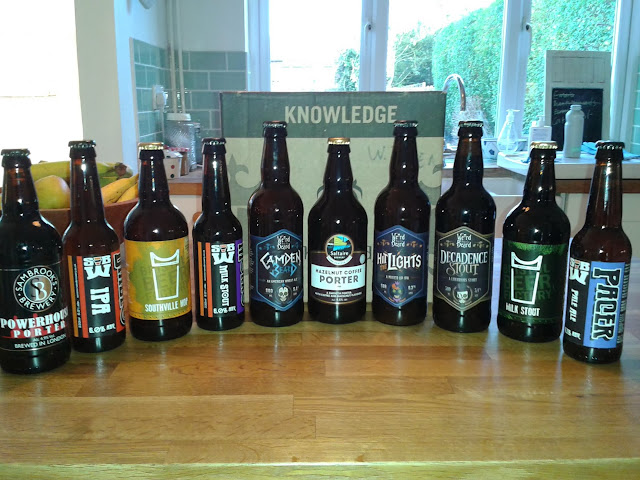 Prices are certainly comparable to what I have paid elsewhere for beers of such quality and by visiting on a Tuesday I was able to take advantage of their 10% discount.  This discount is usually reserved for purchases of twelve bottles or more.  A great selection of beers and friendly service is what you can expect from Cobbett's so if you are in the area I would recommend you pay them a visit.  Dorking is not exactly on my doorstep but I will endeavour to visit whenever I am in the area to keep my stock levels high.  You can never have enough bottles at home as you never know when you might get snowed in!!