A trio from Partizan Brewing

This weekend I decided to try three bottled ales from Partizan Brewing, a new craft brewery based in Bermondsey SE London.  All three came in 330ml bottles and the label contained the hops varieties used to make the beer.  This is something I'd like to see more often from breweries.  Pictured below from left to right we have a Pale Ale (5.5% ABV) made with Amarillo and Pacific Jade, an IPA (7.4% ABV) made with Cascade, Chinook and Colombus and finally a second Pale Ale (6.0% ABV) made with Chinook and Wakatu hops. 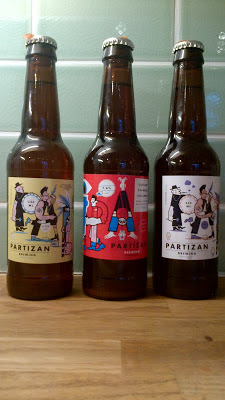 This first beer was a mid golden colour and I managed to keep most of the sediment in the bottle for once.  It certainly looked inviting.  It had a sweet fruity aroma.  Upon first taste there were distinct orange notes along with a little spiciness and there was a lingering bittersweet finish.  The bitterness increased the more I drank and it was a very nice beer indeed.  Score 8/10. 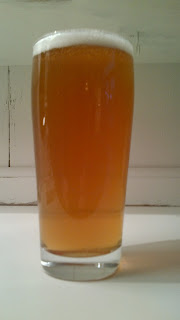 This second beer had a slightly deeper golden colour.  It again had a spicy fruitiness to it but it was distinctly more earthy than the first.  The aroma was one of rich fruit and the beer did not display much bitterness.  The rich spicy fruit notes increased as I drank more and the bitterness remained low.  A little stronger than the first and this was apparent.  Score 7/10. 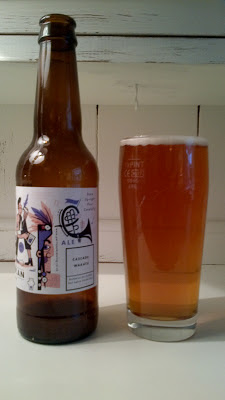 This final beer also had a deeper golden colour than the first making it difficult to spot the difference from the second and again the sweet fruity aroma was not strong.  There was a noticeable difference when it came to the taste though.  With the first sip it was noticeably quite dry with hints of vanilla alongside the fruitiness.  This dryness continued throughout.  The fruit notes were sweeter and less spicy than the first two beers and with this beer there was also a gentle bitter aftertaste.  For an IPA it was certainly not massively hopped.  Score 7/10. 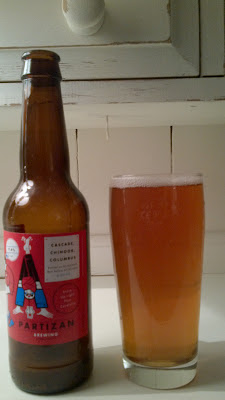 Overall these three bottled beers were enjoyable although I must confess to being slightly disappointed with the IPA as I prefer my IPAs to be much hoppier and bitter.  It was probably the fact that it was not what I was expecting that caused my disappointment though as opposed to the actual taste which was far from unpleasant.  I normally prefer stronger beers but on this occasion it was the 5.5% ABV Pale Ale that came out on top.  I liked the labels and I like the fact that the hops are displayed.  My main gripe would be the 330ml bottles.  I much prefer standard 500ml bottles even with stronger beers.  I guess I'm just greedy.  However, next time I see their beers available I will certainly be choosing three more to try.