My second batch of five beers from the Sainsbury's Great British Beer Hunt takes me across to Lincolnshire before heading into the North West.  Since my last review the winners have been announced and this batch being appraised includes the overall winner.

With 9/10 being the top score from my first batch it did not take me long to find a beer equal to this.  I will obviously have to decide on an overall favourite at the end where beers get the same score but I will worry about that at the end.

This is my first taste of beer from this Cumbrian brewer although I have only heard good reports so out of all my selected bottles this is the one I was looking forward to the most.  It is definitely a delightfully challenging beer.  It has a lovely dark copper hue to it and it certainly smells hoppy (cascade and centennial hops are used).  Initially the taste is quite malty like a barley wine but then some spicy earthy hops kick in and blends beautifully with the malty base.  A little marmalade comes through before it gives a lovely dry bitter finish.  It is a beer that takes a little time to adjust to perhaps but once you have it is very rewarding.  It is obviously not a session beer but one to savour at your leisure.  Quite beautiful and I awarded it a joint top score of 9/10. 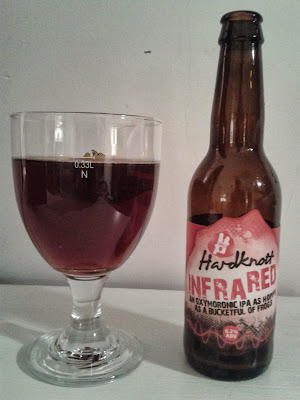 
I have always held Bateman's beers in high regard since my early drinking days.  Black Pepper ale comes with a little sachet of pepper and this gives me my first dilemna.  I do not like seasoning my food with pepper so sprinkling some into a pint of beer does not sound like an awesome idea to me.  However, I decided to try the beer without any additions initially.  It has a lovely chestnut colour to it, as with most Batemans beers, along with a pleasant malty base.  There was a very nice spicy bite to it I felt which I liked.  Time for the pepper now.  After risking half the sachet I gave it a sip and it tasted no different at all.  In went the rest and the same thing.  No difference.  Most of the pepper was clinging to the sides of the glass though and my final gulp did give a somewhat concentrated blast.  My wife would not taste the beer once the pepper was in as she said it was 'all wrong'.  I just think it is a bit of a gimmick that offers nothing at all to what is actually a pretty good beer.  Score 7/10. 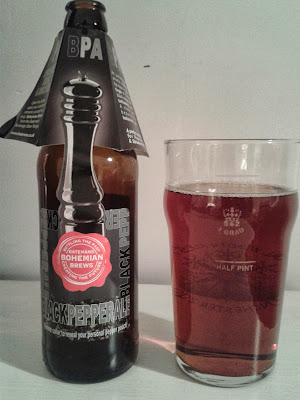 I now head back to Cumbria for this hoppy little treat from the Lakeland brewer, Hawkshead.  My only experience of their beer to date has been the awesome Five Hop (5.0% ABV) which won my top rating last year.  This very pale offering is brewed with a couple of British hops with a good amount of the lovely Citra hop thrown in.  The aroma was superb with the citrussy notes very much to the fore.  This carried through into the flavour although the citrussy notes were combined with grassy and earthy notes too.  This resulted in a beer that has an intense bitterness with a long dry finish and a tingly bitter aftertaste.  I absolutely loved it from start to finish and it is definitely my favourite beer so far.  A crate of this would make me a very happy man.  Score 10/10. 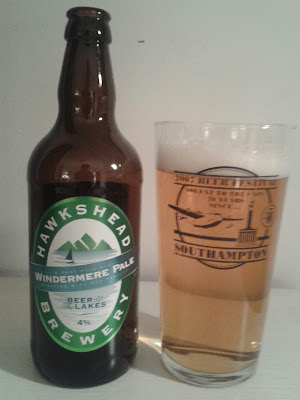 
So this is it.  The winner of this years Sainsbury's Great British Beer Hunt.  Described as a Bavarian Bock I did not know what to expect as I very rarely drink German beers so I have nothing to compare it to in terms of beer style.  However, I cannot say I enjoyed this beer so perhaps bocks are just not for me.  It had a nice deep chestnut colour to it but there was very little aroma from it.  I instantly found it to be too sweet and quite syrupy with distinct cherry notes.  Black forest gateau instantly sprang to mind.  There was definitely a complexity of flavours evident but each one was sweet making the overall flavour far too sweet for my taste which is reflected in my score of 5/10.  My wife went 'Ughhhh' so I guess it was two votes against.

The fact that this beer won is probably due to the fact that Bateman's are a respected national brewer and many people would naturally gravitate towards them.  That's my theory.  What would be more interesting would be to sell the beers for a few weeks before seeing how well they then sell.  I know many people who bought a single bottle of each beer and by the time they have all been tried they are no longer available.  This is one beer I would not purchase a second time. 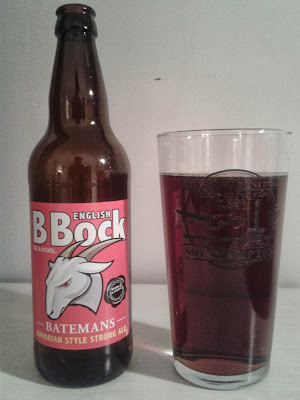 
I have a soft spot for Thwaites beers.  My wife's late father was a Blackburn lad and, despite having moved to the South coast many years previously, offered me a Thwaites beer when I first met him.  You can take the man out of Blackburn but you obviously can't take Blackburn out of the man!!  This rich golden coloured beer has a lovely fruity, citrussy aroma promising great things to come.  The taste is richer with a more rounded fruitiness to it along with the expected citrus notes.  The hops are American (Amarillo), New Zealand (Pacific Gem) and British (Fuggles) and they combine beautifully to give a beer with an interesting complexity.  There was some floral notes, a little spiciness and a little earthiness in addition to the mellow rounded fruit flavours.    Throughout there was a lovely gentle bitterness which lasted into the finish.  My wife is perhaps a little biased when it comes to Thwaites so I let her sample it before I informed her of the brewery and it was a hit with both of us.  Score 9/10. 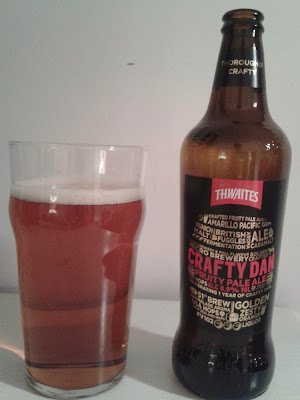