I have always found Scottish beers to be a bit of a mixed bag.  That is changing thanks to some exciting new breweries opening up North of the border and I now actively seek out Scottish beers to try.  This post was going to be a review of dark Scottish beers but I've decided to pop in an extra one as a bonus as it leads in to my next post in a very tenuous way.

Firstly, let me say I do actually think this is a crap name for a beer.  It doesn't exactly roll off the tongue but at least the label looks good.  I became aware of Williams Brothers last year via their excellent entries in the Sainsbury's Great British Beer Hunt.  This beer is described as a smooth creamy stout and that is spot on.  The tan frothy head contrasts beautifully with the jet black colour making it look instantly appealing.  I've started liking my stouts on the strong side but this one is just under the 5.0% ABV mark and for that it is still very full-bodied and full of flavour.  What I particularly like about this stout is the very dry coffee bitter finish.  The aroma is the usual roasted malts and the initial taste is so smooth and malty with dark chocolate and liquorice notes to the fore before the dry bitterness kicks in at the finish.  A truly lovely stout that I award 9/10. 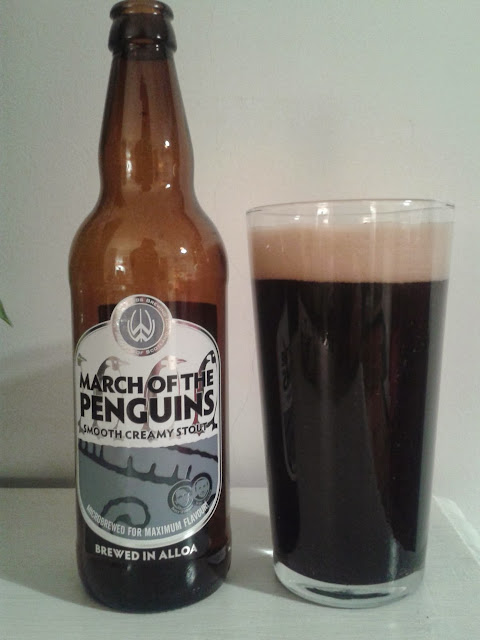 This is a much better name for a beer.  The Cuillin is the range of rocky mountains on the Isle of Skye and there is both a Black Cuillin and a Red Cuillin.  There is a beer for each and both are lovely.  This particular beer looks like a traditional stout but the head is slightly whiter reminiscent of snowy peaks on top of the black rocky outcrops.  This beer is also smooth and rich but there the similarity to March of the Penguins ends.  There isn't a strong aroma with this beer and the initial taste is malty and biscuity.  There is Scottish oatmeal in here and a bit of honey thrown in which is probably why the finish is smooth and sweet.  There is some spiciness in the finish also which I like a lot.  To me this beer epitomises what has always been good about Scottish beers.  A nice complex dark ale full of a malty and biscuity character.  This beer gets a score of 8/10 from me. 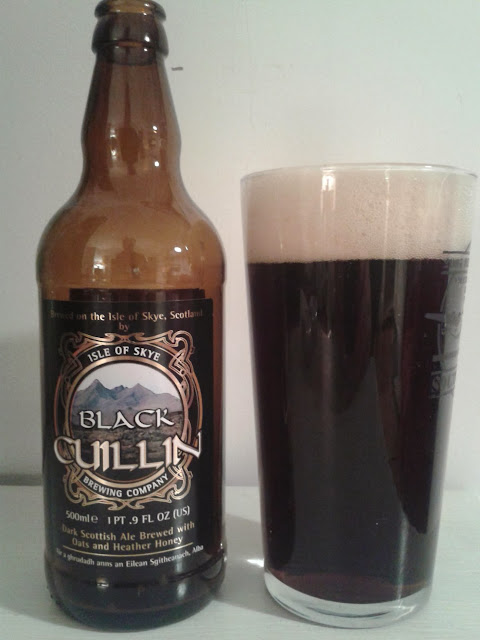 
I find it hard to believe but I do not remember ever having tried this beer.  I may be wrong but the question is how could I forget such a fantastic beer.  As I am talking about beer names (good and bad) today I must say the name of this beer is perfect.  It does have a certain rich viscosity to it and once poured it has a nice modest head.  It has an aroma of rich vinous fruits with a subtle smokiness.  There is a noticeable smoky character in the initial taste too but this quickly disappears to give way to a rich sweetness of blackberries, chocolate and red grape.  The finish is bittersweet with the sweetness being balanced by a bitter chocolate character.  My only disappointment is that it comes in a 330ml bottle as I wanted more of it because this beer gets better and better as you drink it.  This is the best of the three dark beers reviewed here and it gets top marks from me.  10/10. 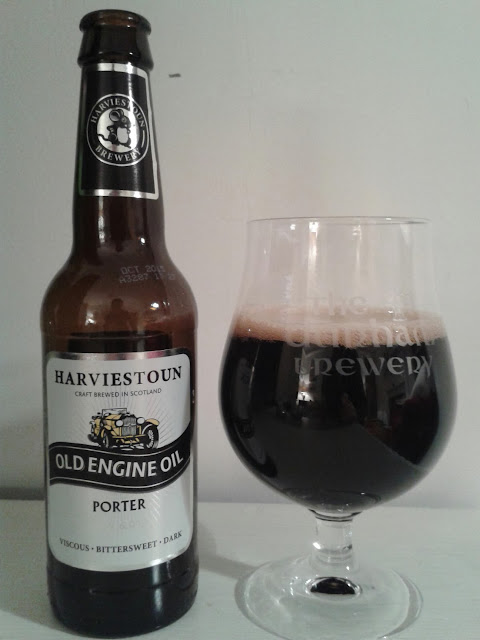 
This has been sitting in my box of beers for quite some time and after having a Punk IPA one lunchtime I decided to crack it open and compare it to that.  It is darker in colour to the Punk but the fruity hoppy aroma is similar.  However, I struggled to enjoy this beer.  There are some complex flavours in here with pine, caramel, passion fruit, mango and pineapple to name just a few but there is too much alcohol in here which overpowers everything.  This harsh alcoholic undercurrent to it along with a cloying sweetness makes it a beer I won't be returning to.  The Punk IPA is a lovely bottled beer and I will stick to that one from now.  This one is just a little too 'hardcore' for me and it gets a 5/10. 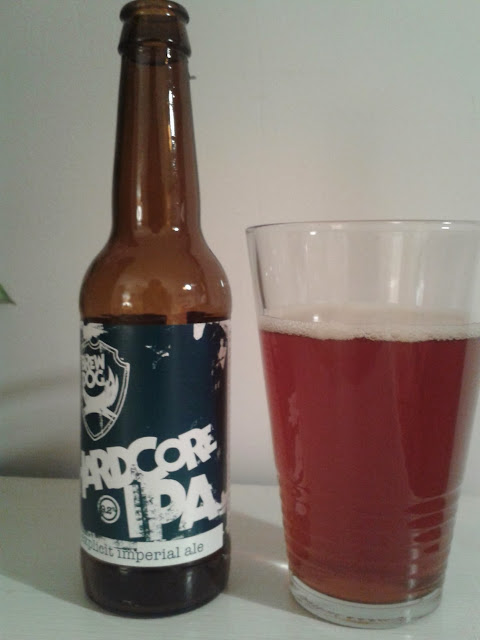 It was Burns Night that got me started on this Scottish quartet and the three dark beers reviewed here would all make a decent pairing to haggis.  The oaty, biscuity notes from the Black Cuillin would get my vote for the perfect accompaniment though.  Give it a try next year.