Beers from the Dark Side Part One

My recent order at Ales By Mail consisted largely of dark beers.  Winter is nearly upon us so what better time than to try some beers from the dark side.  Milds, stouts, porters, old ales and barley wines are all beer styles that I love, especially when the days are dark and chilly, and this selection covers most of these.  As with most of my bottled beer reviews I am trying all of these beers for the first time.


Let's begin with a mild from a brewery I absolutely love.  This was the first time I have tried one of their darker offerings and Ilkley Black is a classic mild.  It is not totally black as there is a bit of a deep ruby tinge to it but it is close enough to warrant the name.  It has a lovely malty, nutty aroma to it which is more than you get from a lot of milds.  For a low strength beer it has quite a rich taste and there are some burnt caramel notes to it in addition to hints of forest fruits and liquorice.  Very easy to drink this one and very easy to like too and it gets a score of 9/10. 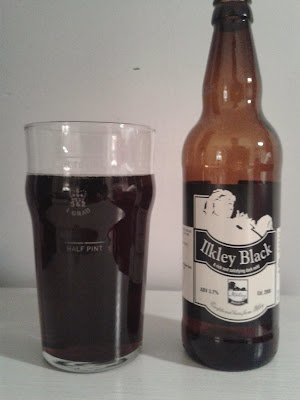 
Definitely pumping up the strength with this one from the superb Kernel Brewery.  As with the Ilkley, this was my first trip to the dark side with this brewery and I was not left disappointed.  It is as thick and dark as used engine oil and it clung to the insides of my mouth for ages.  It is not a sweet stout.  Instead it has plenty of roasted coffee bitterness to it along with hints of raisin and bitter chocolate.  It took a little getting used to the bitterness but I was in love with it by the time I got to the bottom of the glass.  This one picked up a score of 8/10. 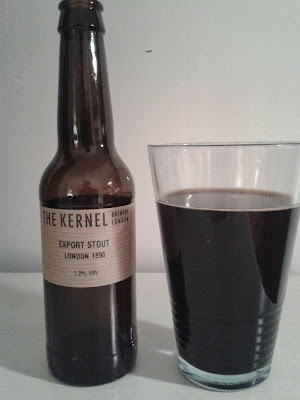 
This was my first bottled beer from this Manchester micro.  Having tried their superb IPA Dobber in cask last month I was eager to try more from them and from the description I was keen to give this beer a go.  It is jet black in colour with a healthy frothy creamy head to it.  This was much smoother and substantially less bitter than the Kernel.  There were hints of coffee, milk chocolate and liquorice but I found it to be quite mild overall.  It was so easy to drink.  It may be totally different to the Kernel but when it comes to marking it gets the same score as the Kernel with an 8/10. 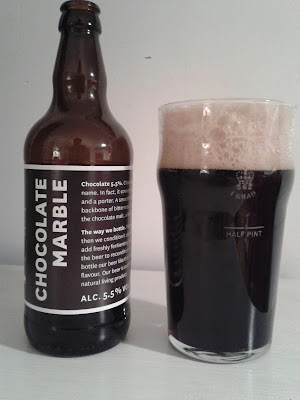 
This is the final stout in this first session from my Ales By Mail order.  I discovered the beers from this micro earlier this year when I discovered their wonderful Barley Mow pub in Bristol.  What an awesome pub that is and I awarded all of the Bristol Beer Factory ales I tried over my three visits top marks (Bitter Californian, Independence and Acer).  I have since tried their Milk Stout locally which also scored highly so this Ultimate Stout was yet another beer I was looking forward to.  Coming in at an impressive 7.7% ABV it comes closest to matching the Sadlers Mud City Stout that I adore.  It is a superb sweet stout that is very rich with big hints of molasses.  There are also the expected chocolate and raisin notes in there too.  For such a strong beer it is so smooth and easy to drink.  This is my favourite stout of the three and picks up a score of 9/10. 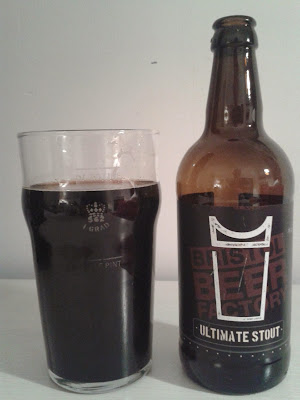 This next one was found in Waitrose so I was happy to give this a go and add a porter to my trip to the dark side.  Meantime are making a name for themselves with their appealing bottles and this one is no exception.  I have tried their IPA before and I absolutely loved it so I was hoping for more of the same from this one.  It is very well named as there is a distinct chocolate taste in there although the aroma was quite bland.  There were also raisin notes in there and a little spiciness to it also.  It does not taste as potent as the strength suggests though and it did not have the smoothness of the Chocolate Marble.  I like it, but it does not match up to some other porters I have tried.  I would therefore give it a score of 7/10. 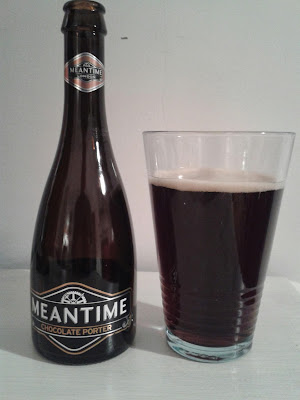 When I lived in Horsham I was always on the lookout for the first sign of Winter.  This would be the arrival of King and Barnes Old Ale and I would drink vast quantities of it.  At a little over 4.0% ABV it was a perfect session beer and I cannot understand why Hall and Woodhouse did not try to recreate this awesome beer but it did leave the door open for WJ King and Hepworths to brew their own versions.  Andy Hepworth was the head brewer at K&B and since establishing Hepworths in 2001 the Classic Old Ale has filled the gap left by the closure of K&B.  At 4.8% ABV it is slightly stronger than the original but it is still a lovely smooth winter warmer.  It has plenty of roasted malt character along with a nice gentle bitter finish.  As with all winter warmers though I find that the bottled versions do not quite match up to the cask versions and so this only picks up a score of 8/10.  To drink a cask old ale find the Harveys Old and you will see what I mean.  This is a 10/10 beer and is so very similar to the old K&B version so old ale in Sussex very much lives on. 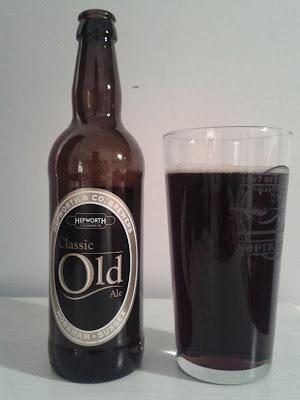 So this ends my review of my first consignment of dark beers.  With plenty more in my cupboard waiting to be consumed there will be a part two so I won't be dishing out any awards yet in these categories but the Bristol Beer Factory leads the way so far if I had to choose a winner from this lot.
Posted by Unknown at 14:43