When the Naked Beer Company put out a request for beer bloggers to review their product I naturally offered my services.  If somebody is going to sample beer then it may as well be me.  Despite their close proximity to me I had only come across their beer a couple of times and had only tried one of their regular beers, the Streaker IPA (4.0% ABV), at the new micropub Old Star Ale and Cider House in Shoreham.  New breweries are cropping up in Sussex most months it seems and Naked are one of the newer ones having begun brewing commercially at the start of this year.

Naked are based in Lancing, West Sussex, close to Worthing and can be found on an industrial estate less than a mile from the sea.  When someone is giving you beer to drink the least you can do is go and collect it and this gave me an opportunity to see the operation for my myself.  Breweries are wonderful places to visit because you are always greeted by enthusiastic workers.  Dan introduced himself as well as introducing me to head brewer and co-founder Rob Thomas.  Rob began his brewing career at one of my favourite brewers, Bristol Beer Factory, before spending a short time at Ascot Ales.  Now he has the freedom to be creative with his own 5 bbl plant and creativity is at the core of Naked Beer Company.  Dan was busy filling casks with Ian (pictured) but he found time to speak very enthusiastically about the brand and their vision. 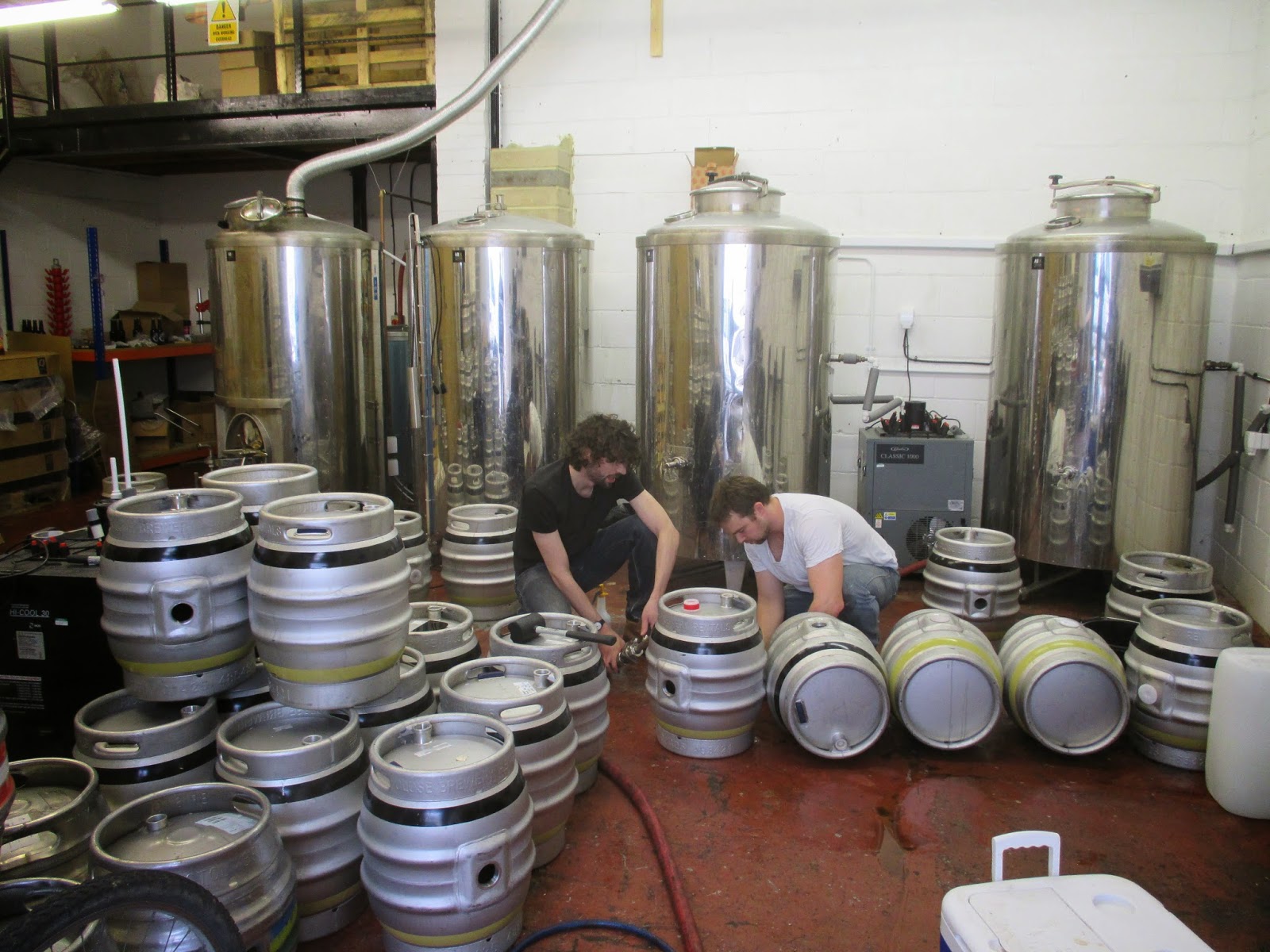 Bristol Beer Factory is a great marker for any brewer to strive for and Naked have lofty ambitions to produce similarly innovative and acclaimed beer.  They currently brew three regular beers and I was given a couple of bottles of each to try.  If you look on Untappd you will also notice they have brewed some interesting specials too in their short time such as a Hefeweizen called Depeach Mode (with quite strong peach notes I have been told by those who have tried it) along with recent additions Ginger Streaker and Inter Gorse (a strong English IPA).  However, without a decent core range any brewery will struggle so it is time to let you know how Naked's core is tasting.

Before I mention the beer a quick opinion on the transparent labelling.  I love it.  A distinctive common look throughout the range with a simple but effective logo.  I was warned that they had put extra yeast in the bottles and this beer did gush out and it did have a cloudy yeasty appearance after pouring.  This was the beer I had a pint of a few weeks back.  At the time I felt it was a decent session IPA.  I do not remember it tasting as powerfully as this bottled version though.  The aroma was citrussy and pleasant.  Both myself and my wife thought it drank much stronger than the 4.0% ABV stated and initial flavours were pineapple with both tropical and citrus fruit notes.  The finish was bittersweet with a dry bitterness mixed with hints of caramel.  The hops used are magnum and cascade with caragold malt.  The excessive yeast content was difficult to cope with but the flavours were superb.  My wife surprised me with this one by giving it a thumbs up too so not a bad start at all for this session beer. 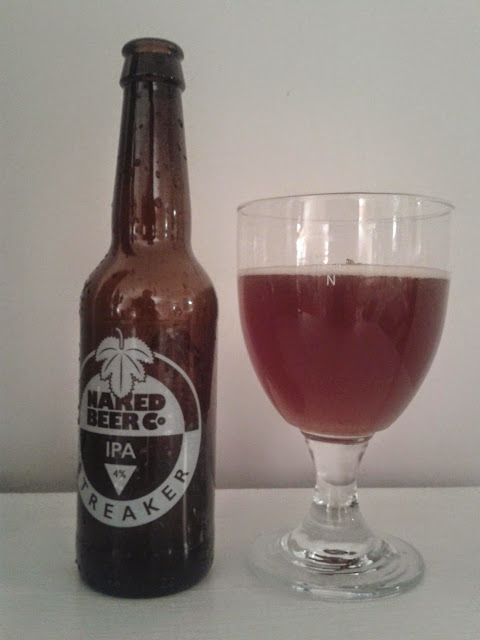 This second beer was an instant hit with both of us.  Indecent Exposure (the name of the brewery lends itself to some original beer names) is a classic porter.  Summit hops were mixed with magnum hops for this one and the balance between bitter and sweet was spot on.  Once again it drank stronger than the stated ABV suggested with very rich flavours.  There was a slight smokiness to it initially leading to notes of cherry, coffee, raisin and chocolate.  The finish was bittersweet and beautifully smooth.  I actually scored this beer a 10/10 and my wife was equally enamoured by it.  I must find a few pints of this to enjoy over the winter. 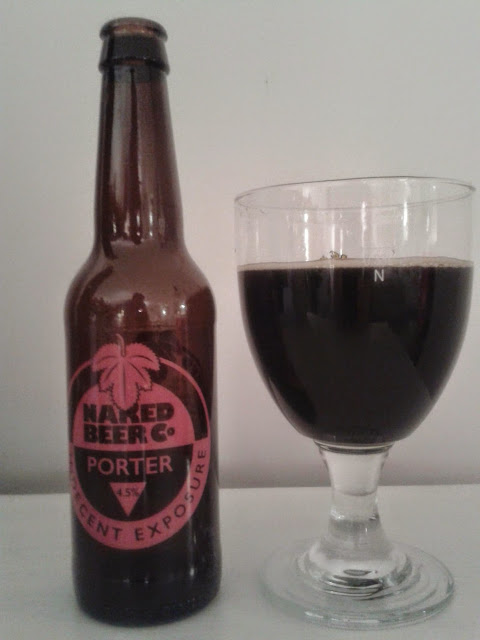 The story behind this beer is hidden in the name.  An attempt to brew a session strength best bitter when awry and the result was one of those happy (hoppy?) mistakes that you just hope you can recreate.  The resulting brew was such an instant hit with those who tried it that it has become part of their core range.  What we have here is a complex beer that is something of a cross between a Belgian dubbel and an English barley wine.  Again the beer was a little too yeasty, particularly the second bottle, but the thick rich nature of this beer was obvious.  I'd have guessed the strength to be nearer the 10% mark to be honest.  It was very dark in colour with a rich alcoholic aroma.  It is very boozy, sweet and cloying.  All sorts of flavours came through with this one.  Molasses, cherry, bonfire toffee and even hints of vanilla.  There is sweetness throughout and one to be sipped very slowly in front of a roaring fire.  This was my wife's favourite beer of  the three while I preferred the porter although this one did come a close second. 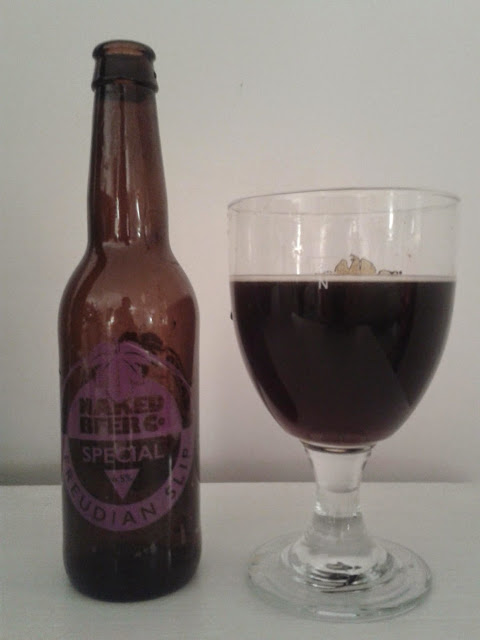 Naked have got a good core range with these three beers and I am sure we will see many more interesting beers from them in the future.  They have a good brand which I'm sure they will develop further.  They have already got their beers on Brighton's Indigo pub list and I hope they will also make their way to the pubs in my part of Sussex.  I will look forward to following their progress over the next 18 months.