The knockout stages are here and some of the best beer nations have already let me down by failing to qualify.  Well one in particular let me down actually and we all know who that is.  I could also have done with Japan, Russia and Australia going through at the expense of Colombia, Algeria and Chile but that was always going to be unlikely.
For the last 16 I have 10 countries for whom I have a beer.  One tie is dry and one tie, Belgium v USA, should be a very interesting contest.  To catch up on the beers I endured/enjoyed in the group stages then click here.


This is the match I've been waiting for.  I have a multitude of beers I could choose for either country but for each I have chosen something that I am yet to try.  For America I have a Centennial IPA (7.2% ABV) from Michigan-based Founders Brewing Company.  I am assuming the Centennial hop is prevalent in this one and it certainly produces a strong citrussy aroma.  The initial taste is very robust and there is a strong malty base to this to keep the bitterness in check.  The bitterness is a mix of grapefruit and earthy notes which is extremely pleasant and is more of a traditional IPA than an American one.  The finish is delightfully bitter and long and the taste improves as you drink more.  By the end of this one I was wishing I had another bottle to open. 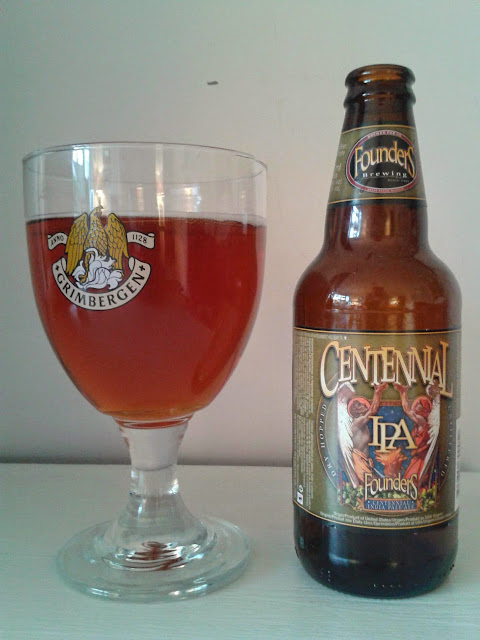 For Belgium I have gone for a traditional Belgian Tripel.  Affligem is an abbey dating back to 1074 although the current one was built in the 1920s.  The nearby De Smedt brewery produced the beers on behalf of the monks and the success resulted in De Smedt rebranding as Affligem.  The company is now owned by global Dutch giant Heineken (boo!) but the abbey has retained control of the brand name.  Affligem Tripel (9.0% ABV) is light coloured and has a rich complex aroma of banana and ripe fruits.  The taste has lovely flavours coming in from all sides.  Banana, pear drops, pineapple, floral and a spicy citrussy flourish in the finish.  Overall it is a lovely beer with a smooth, dry bitter finish.  More than a match for most beers but will it be enough to win this one?  I scored them equal which means I guess I need to consume five beers from each country for a penalty shoot-out.  I'll leave that one for another day. 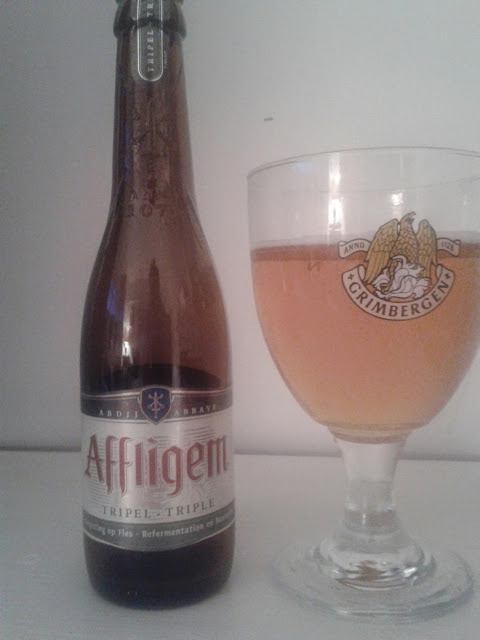 
After a failure to come up with anything from Switzerland for the group stages I came across this one from online retailer Beer Merchants for the last 16.  I placed the order thinking they may get through to to the next round but they lost so I consumed this one after the game.  This 1936 biere (4.7% ABV) is a standard pilsner and it is brewed at the foot of the Swiss Alps in a brewery that has been in the Locher family since 1886.  It has a nice lemony tang to it and is smooth and refreshing.  A little on the boring side for my taste but I preferred it to the Argentinian Quilmes I had in the group stages but my wife was not so keen so I guess it's a draw as it was on the pitch until the closing stages of extra-time when Argentina scored to progress. 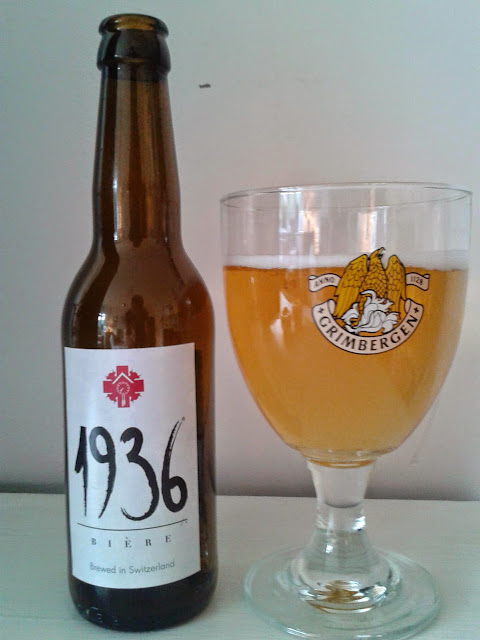 
This game is no contest at all really but it gave me an opportunity to try another German weisse beer.  I'm really trying to like this beer style after I started with a few duff ones.  The Maisel Brewery, based in Bavaria, began brewing in 1887 and have  become a renowned wheat beer brewery.  Maisel's Weisse Original (5.2% ABV) has a lovely copper colour and shows a nice frothy head.  It has a gentle fruity aroma and the initial taste is a lovely complex mix of fruit, malt and spices.  There is banana, apricot, nutmeg and even a bit of bubble gum in there.  The finish is very smooth and quite refreshing and this is probably the best German weisse beer I've tried.  On the pitch Germany won through to what should be a classic encounter with France in both terms of football and beer.  I'm looking forward to that one. 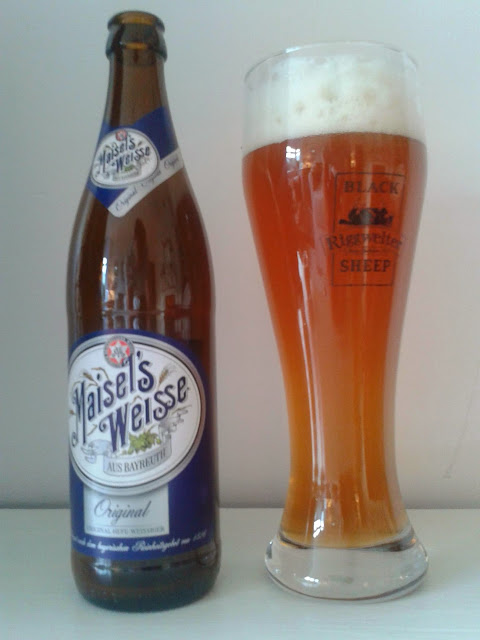 This should have been an easy win for France but I made a mistake on this one.  I'll get to that later.  The Nigerian beer is the usual lager with a slight sweetness to it due to to compulsory addition of sorghum from the Heineken owned Nigerian Breweries. 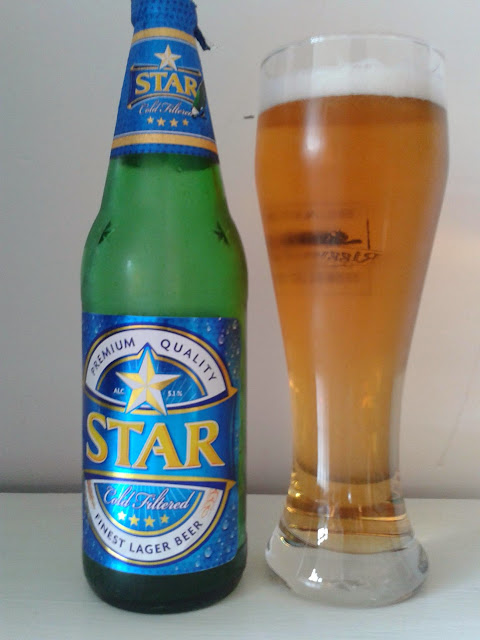 With a low score to beat I poured the French beer and I thought I had cut myself as this red mixture entered the glass.  I then read the bottle label and my limited French soon told me I had a beer flavoured with red berries.  Oh well it must still be better than the Nigerian lager despite it looking like ribena and my wife giving first opinion and uttering the cry 'that is disgusting'.  Wrong!  This is all wrong.  Sweet red berries clash with an underlying bitterness that results in a horrible medicinal taste I do not want to try again.  Nothing works at all for me here.  In the end I gave up and poured the remainder down the sink.  For those of you interested the beer comes from Brasserie Meteor and is called Wendelinus Rossa (6.0% ABV).  I will endeavour to find another beer from this brewery now to check out their beers which are untainted by red berries and other such crap.  So Nigeria win this one but on the pitch the French sneaked through which I must confess to being pleased about because I know I can find a decent French beer for the next round whereas that will probably not be possible for Nigeria. 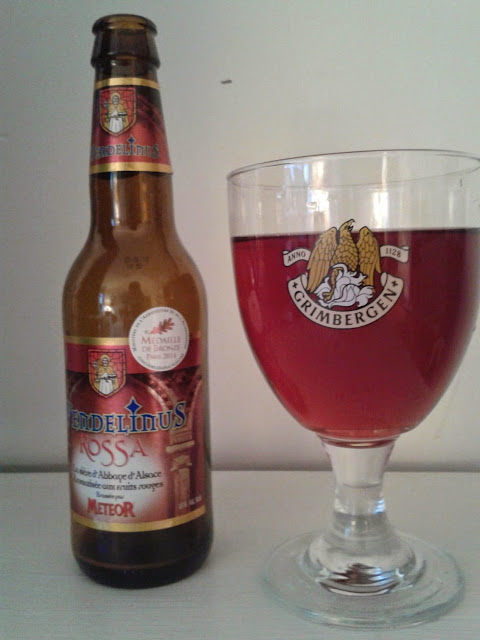 With no opposition in the way of beer Greece should have strolled this game and indeed they did off the pitch with a surprisingly enjoyable beer.  The black lager (5.2% ABV) from the Olympic Brewery was full of roasted malt character and it was very smooth and creamy in texture.  With Greece now out of the tournament this is one beer I will remember as a pleasant surprise. 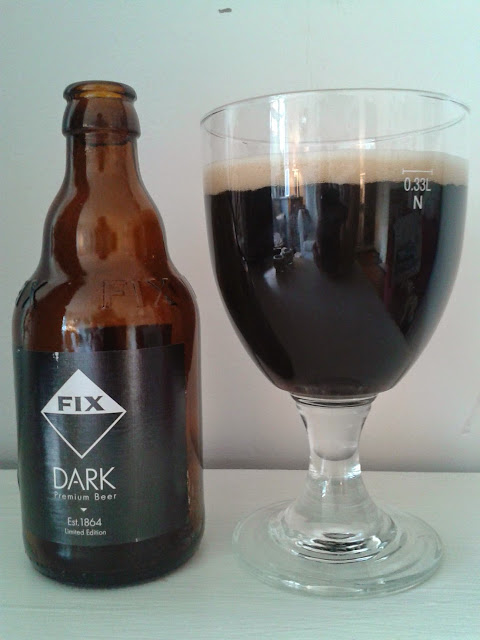 This game turned out to be a decent contest.  First up for Mexico I found an American style IPA brewed by Cerveceria Mexicana.  I know little about the brewery but their website states it is Mexican brewed and owned and they are located in Tecate very near to the US border and they have a 75,000 barrel capacity.  Not very 'micro' but they do describe themselves as a 'craft' brewer.  This DOA IPA (6.8% ABV) is very robust and full of sweetness.  It's quite thick and syrupy making it a bit too sweet for my usual taste but there is a strong bitterness there too trying to come through.  The hop mix is Centennial, Cascade, Fuggle, Saaz, Goldings and Willamette so quite a variety of flavours there.  It's certainly a decent beer and will mean Holland cannot afford to be complacent in this game. 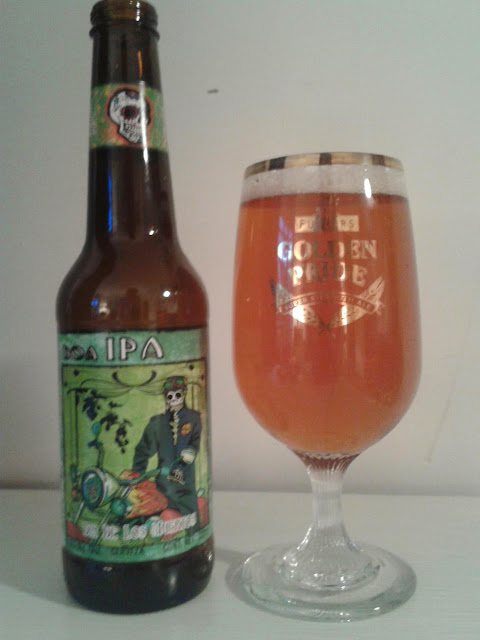 With England out of the tournament I decided to keep them in it with this collaboration between two Dutch brewers (Rooie Dop and Oersoep) and Yorkshire's Ilkley Brewery.  The Dutch beers I have experienced as a result of this World Cup have exceeded the Belgian beers that I know and love so to get a collaboration between two Dutch craft brewers and one of my favourite brewers in the UK is very exciting.  Rooie Dop are based in Utrecht although they are 'gypsy' brewers currently with their big batches being brewed at Brouwerij De Molen who represented Holland in the group stage.  Oersoep means 'primordial soup' in English and their small brewery is based in Nijmegen.

The beer itself is sensational.  De Passie (7.8% ABV) is described as an Imperial Passion Fruit White IPA.  The passion fruit is to the fore in the delightful fruity aroma.  It has a nice gentle sweetness to it but it is not overly sweet as it is beautifully balanced by a tart bitter edge.  The finish is bittersweet and refreshing and I think it is possibly the best bottled beer of the year so far and my wife loved it too.  Thankfully Holland came back to win late in this game on the pitch so I can look for more Dutch beer talent for the next round.
Match score 2-1.  Beer scores 7/10 and 10/10. 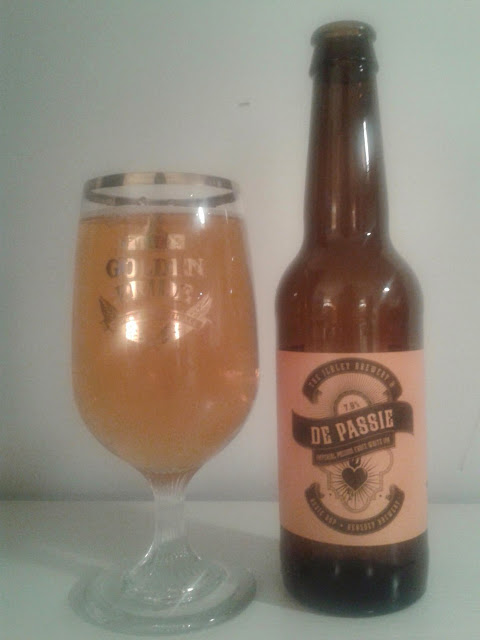 
I don't care who wins this really as there are no beers I could find to make it a contest.  Perhaps I need to find a nice coffee porter for the next round that has been made with genuine Colombian coffee beans.  Is there one?

This contest really annoyed me.  Brazil go through but not by fair means.  After sourcing this bottle of 4.1% Amazon Beer, which really is a disappointing beer as it is coming from the brewery supposedly voted best craft brewery in Brazil 2013.  Then I notice on the label 'Brewed in the EU under license'.  So I don't know who brews this tasteless crap but I would have been very happy to see Brazil eliminated on penalties because of it.  All I can say is it does taste better than their group stage beer Brahma.  In fact nothing has been that bad. 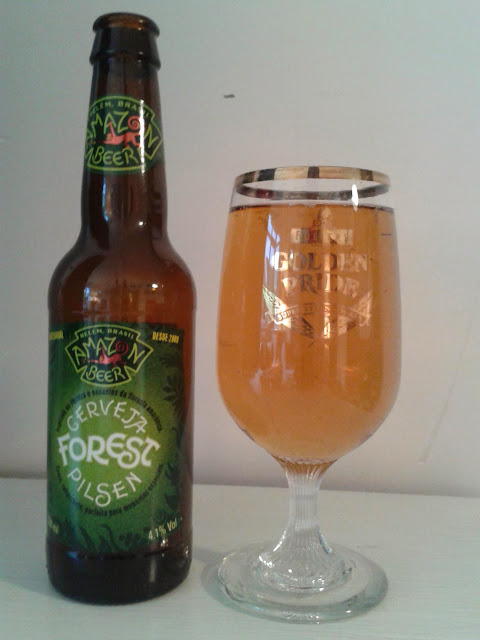